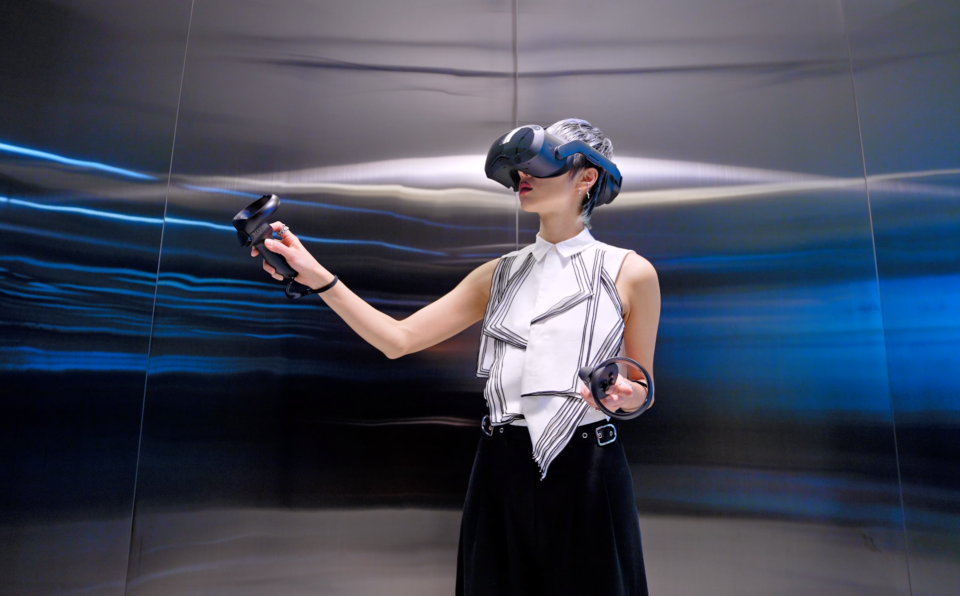 The Vive Pro 1 was released in 2018 and was, for a while, considered to be the best high-budget VR headset available. It had in-headset camera tracking (base stations sold separately), an impressive 2880 x 1600 resolution screen, and a 90hz refresh rate. For the time, this was quite impressive. However, the complete Pro package was $1330 at launch, with the motion controllers and camera base stations sold separately. This made the Vive Pro the most expensive headset available at the time. Cut to 2020, where Valve launched their Index headset that eclipsed the Pro almost entirely. For $1000, you would receive base stations, innovative ‘knuckle’ controllers, and a headset that had all-around better specs than the Pro.

Now, the Pro 2 returns to a much more competitive VR market. What does it feature?

The Vive Pro 2 shell hasn’t changed significantly since 2018, but the original design was praised for its comfort features like its non-velcro strap, headphones that sit on your ears, and a 45-degree angle headset arm that can be easily taken on and off. Indeed, the focus of the Pro 2 is the visual quality, which is quite impressive. It will have a 120-degree field of view (up from 110), a 120Hz refresh rate (matching the Valve Index), and a massive 5120 x 2880 screen resolution. The Vive Pro 2 will also get along with some of it’s older hardware like the Base Station 1.0s and even be compatible with peripherals made by other companies (such as the Valve Index controllers and 2.0 base stations). The headset itself will be priced at $799 and the complete package, which includes two base stations and two Vive controllers, priced at $1399.

The Vive Pro 2 will be compatible with a lot of other hardware, making it much more attractive to purchase the headset itself rather than having to buy a complete package due to incompatibility issues. The headset screen will be quite impressive, and I imagine the ‘screen door’ issue that plagues many headsets will be entirely eliminated.

The Vive Pro 2 is an updated headset, not an updated VR package. That means that the base stations and controllers if purchased through HTC, will not be new. The focus on compatibility with Valve’s peripherals implies that HTC is just in the headset business now, with innovations on tracking and controller technology being left by the wayside. While I can’t speak for the Vive Pro, I own an HTC Vive Cosmos and can speak to the fact that the device’s tracking is one of its greatest weaknesses. Perhaps the Pro 2’s tracking issues will be resolved by piggy-backing off of Valve, but it’s still disappointing to not see any updates or innovations on that front. Instead, the Vive Pro 2 aims to be bigger in resolution, refresh rate, and price.

The HTC Vive Focus 3 is the HTC product aimed at businesses but has some very interesting developments. The most notable difference is that the Focus 3 is a wireless, standalone headset. Yes, that means that the headset is meant to operate all on its own, having a built-in battery pack that offers 2 hours of VR play for 1 hour of charging. Not bad. The headset has a wide 120 degrees of view and a 90Hz refresh rate, putting it around what is considered standard for modern VR. However, the Focus 3 aims to be comfortable and accessible. It has a new venting system with a fan that takes air from the bottom of the headset and blows it upward. The headset is 20% lighter than the previous Focus and has enough room to comfortably fit anyone wearing eyeglasses.

But here is where the Focus 3 gets exciting. It has the lightest controllers of any available headset, and, above all else, is chargeable. A Vive Focus 3 Controller will last up to 15 hours on a single charge! Finally! HTC also mentioned that full hand tracking will be available at some point in the future.

The Focus is meant to operate on its own, but for more graphically and processor-intensive VR experiences, it will come with a streaming cable that can attach to a PC. The Focus 3 will launch at $1300.

Lightweight, rechargeable controllers are a massive step in the right direction. HTC also mentioned that the new controllers will have an AI algorithm that will improve tracking overall, which leads me to be very excited for these highly advanced controllers. For a standalone headset, it’s an impressive piece of tech as well. If the Focus 3 is able to stay cool and comfortable with use, it’ll easily be the best headset for casual use.

The headset is an impressive standalone machine. It’s resolution (2,448 x 2,448 (6.0MP) per-eye) is acceptable and the refresh rate (90Hz) is fine. What concerns me is how it will operate with a PC. The Vive Cosmos PC cable is clunky and obtrusive, and I worry that the Focus 3 will have a similar problem. It’s also likely that the controllers may not be compatible with other VR tech, as they are not sold separately from the headset.

Final thoughts on Vivecon and the future of Vive VR

The next wave of VR is here and some features are more exciting than others. While the Pro 2 will be an impressive piece of tech, I find the Focus 3 to be the far more innovative of the two headsets, with new features that are badly needed in future headsets. However, the Pro 2 package is still priced higher than the Index. And the Focus 3’s price is difficult to justify if one already owns a VR-ready PC. Nevertheless, I will follow the progress of the Focus 3’s controllers closely, as they could easily be the best in the market if they are available for standalone purchase.