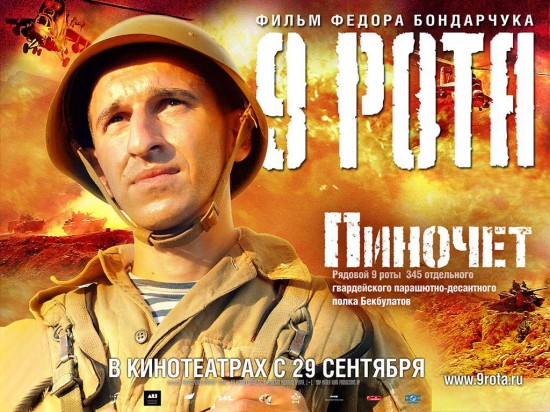 The film is loosely based on a real-life battle that took place at Hill 3234 in early 1988, during the last large-scale Soviet military operation Magistral.  In 1998, a group of youngsters enlist in Siberia to fight in Afghanistan against the mujahidin. They are sent to a boot camp in Fergana, Uzbekistan, where they are submitted to the brutality and abuses of the disturbed Sergeant Dygalo during the training period, increasing their camaraderie. Then they are flown to Bagram Base in Afghanistan; join the 9th Company; and move to the Khowst Province, 3234 m height, to defend the mountain and protect the convoys with supplies.

It is August 1941. With the battle line far away in the east, three soldiers who have managed to escape from captivity find it difficult to hide: the territory is occupied by the enemy. The local woods are not safe: you can easily get embogged. Are the villagers loyal? Nobody can say. There is an old man who offers to help them. Is he reliable enough? He may kill them or report them to the local German authorities. Anything may happen, but one of them, the sniper, is his son who is his youngest, his dearest.