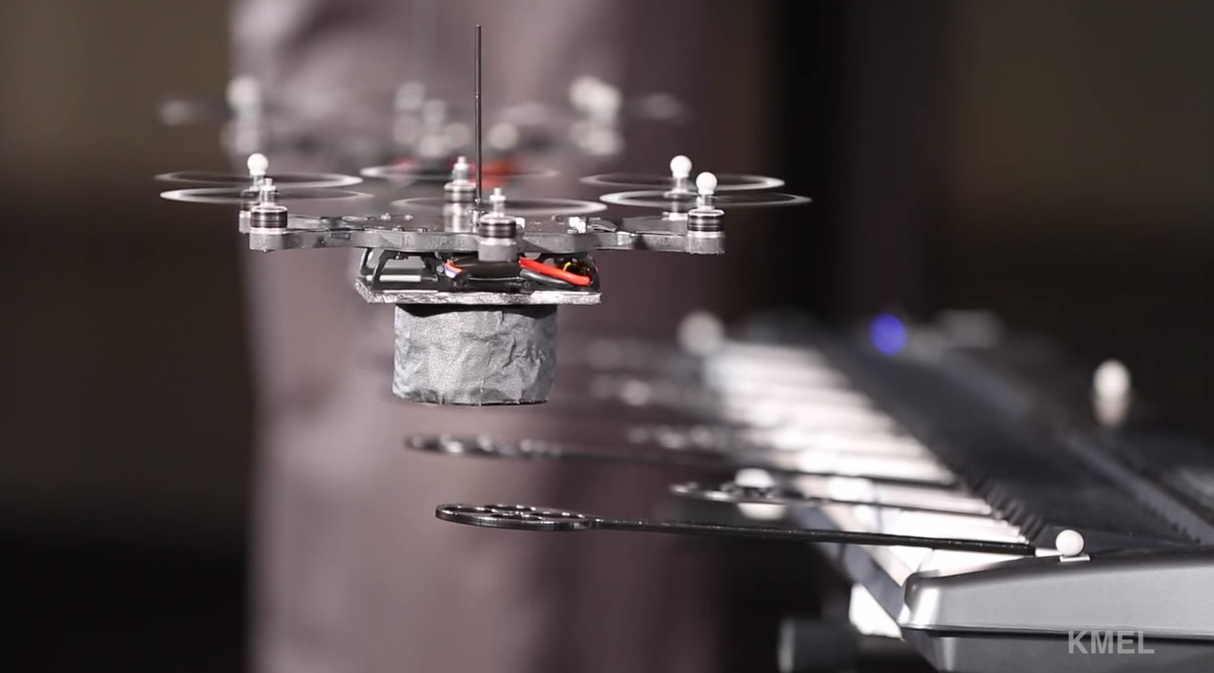 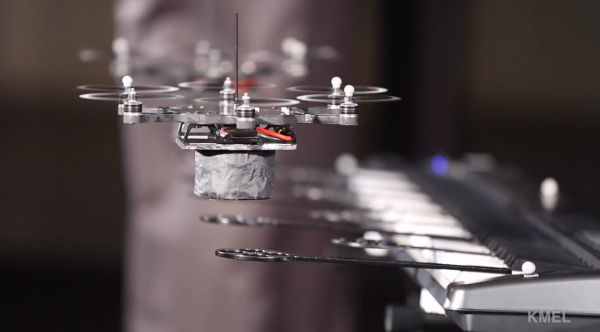 When you think of a compilation of robotics and music, what comes to mind? Walking musical instruments that can play themselves? A group of engineers at KMEL Robotics thought of an unusual band of musically talented flying drones that they collectively call the ‘Flying Robot Rockstars’. The record footage of the mash-up of creativity, programming expertise, leading technology and some emblematic songs was recently uploaded on Youtube and is close to reaching one million views. 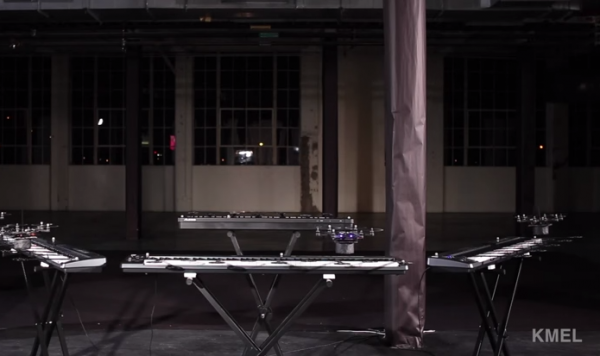 The fun new function discovered by the engineers includes flying drones playing several instrumental songs that they were programmed to play. Last year, the project was presented to attendees of a festival that was held in the U.S. 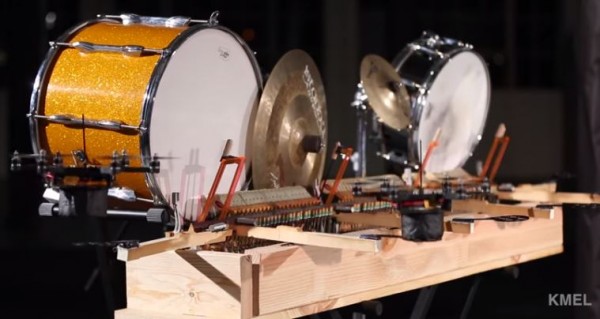 “The hexrotors create music in ways never seen before, like playing a custom single string guitar hooked up to an electric guitar amp,” the company says. They also noted that they received support from Intel and Lockheed Martin in assembling the band. 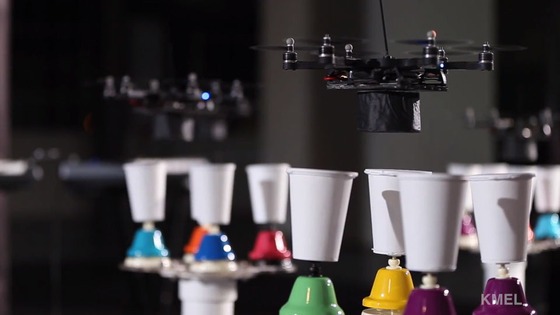 In a music video that features the drones operating, the little robots are seen flying around and throwing a quite creative show, making different sounds and creating music inspired by classic instrumental tracks. Previous inventions by these awesome engineers also include dancing drones.

Check out the rocking video of the drones playing songs like ‘Thus Spoke Zarathustra’, the U.S.’s ‘Star Spangled Banner’ anthem, and ‘Carol of the Bells’ below.

How to avoid iPhone App Updates?