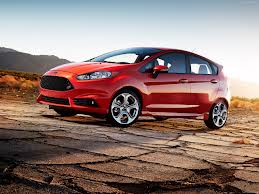 The 2014 Ford Fiesta promises to be the second coming of small cars to the United States. Throwing its hat in the ring with the ubiquitous Honda Fit and the stylish Fiat, the 2014 Ford Fiesta looks lean and mean. The release might just be the kick in the pants the small car market needs. 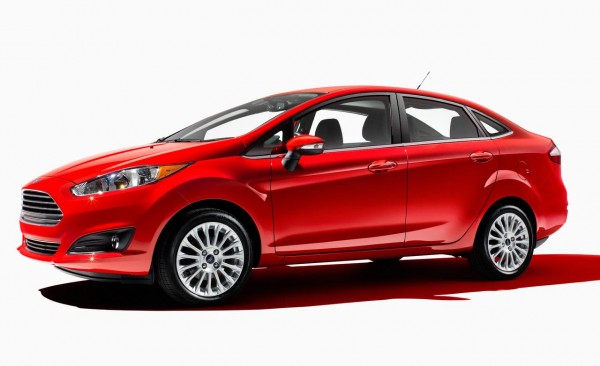 While Europeans markets are no stranger to tiny pocket rockets, US car manufacturers are used to relying on the production of over-sized sedans and SUVs to drive sales. However, fuel efficiency concerns and a migration back toward urban living has refocused interest on smaller cars in recent years.

The Honda Fit provided and economical model of efficiency and affordability. Fiat followed suit, upping the ante with the attractive styling of the Abarth. However drivers seeking a small car featuring intense power and and light handling still craved the tiny and powerful options of the foreign market.

The 2014 Ford Fiesta ST seems primed to answer the prayers of wannabe rally car drivers everywhere. Featuring a host of racing accents, an impressive little engine and driving focused features, the ST aims to please drivers of all stripes. 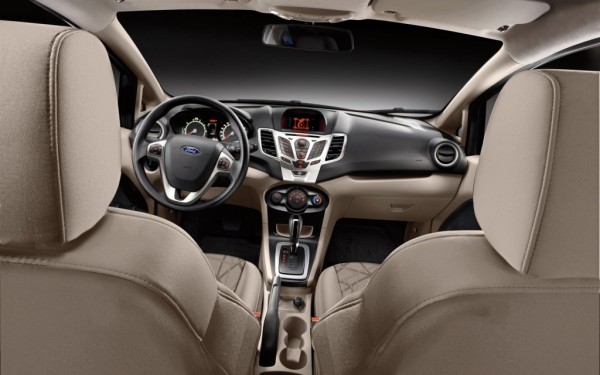 The ST Hatchback Fiesta features the 3 Cylinder, 1.0 Liter EcoBoost Engine. It’s the little engine that could famously be carried on in luggage through airport security by Ford execs.

The 2014 Fiestas boast up to 40 mpg fuel efficiency. The EcoBoost Engine boasts up to 197 hp, and up to 202 lbs of torque. The low to the ground design as well as improved spring and shock absorbers increase grip and agility.Ford based the design of the ST on the Fiesta World Rally Championship car. The interior boasts racing inspired interior accents, including aluminum sport pedals. The optional Recaro package offers the opportunity to lockin to orange-panelled seating. The racing elements allow ST drivers to play Tanner Foust or Brad Deegan as they commute to work.The Fiesta ST also offers creature comforts including a 6.5 color-coded touchscreen display that optionally syncs with My Ford Touch.

The color palate is mostly limited to standard blues, reds, and grays. Rally-aspirants should have no trouble touching up scrapes and scratches with automotive touch up paint.Overall the release of the Ford Fiesta demonstrates that United States Car manufacturers are heeding the call to offer more small, sporty options. The small car offers and afforable and fuel efficient option to drivers. Base Fiesta models start at about 14k, the EcoBoost toting GT only costs a base 21k.

The modest pricing makes the GT a great option for young drivers. It also leaves a lot of room in the budget for gearheads to customize and add-on.It remains to be seen if the small car movement is just another fad or whether new offerings represent a paradigm shift in the industry. With public consciousness about green issues and consistently high gas prices, small cars seem primed to capture and hold the public’s interest.

If car manufacturers continue to offer exciting options like the Ford Fiesta ST and engineers continue to create wickedly powerful and efficient engines like the EcoBoost, the small car market seems poised to not only capture interest but also the imagination of consumers.  While fuel cost might limit Americans’s road time, great small cars like the ST still inspire Americans to hit the road. Cars that pack a punch like the ST allow Americans to reclaim their space on the road in an eco-friendly way that still revs the engine.