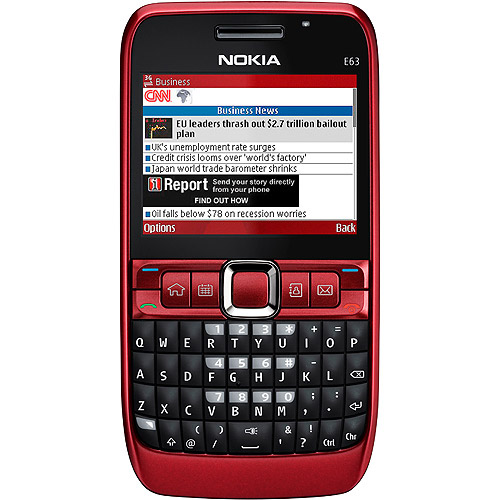 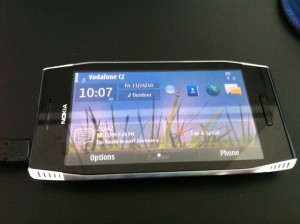 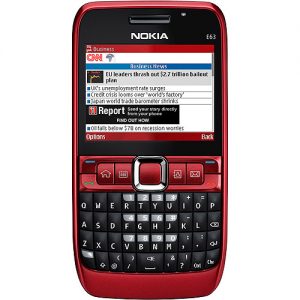 Dedicated Nokia fans will certainly want to know the lowdown on the two most recent releases from the Finnish manufacturer, so consideration needs to be given to the Nokia E6 and Nokia X7. Each has its positive and negative aspects and may appeal to very different users, so breaking them down into distinct categories will help get to the bottom of the issue.

Since the X7 is aimed at providing excellent multimedia performance it is endowed with a large four inch AMOLED screen that is vibrant and responsive to tactile interactions. The Nokia E6 also has a touchscreen display, although this is considerably smaller at 2.5 inches across the diagonal. The sleek, space-aged angles of the Nokia X7 are definitely there to help it stand out amongst the far more pedestrian designs of its competitors, but the E6 is taking a more traditional approach with its bar phone design and broad width which has echoes of previous E Series handsets.

The Nokia X7 looks to keep things simple, minimising the number of physical buttons on show to enhance its stylish demeanour and allow the user’s fingers to do the talking. An impressive eight megapixel camera is found on the rear, complete with accompanying software which allows for face recognition.

The E6 is aimed at enterprise users and so includes a portrait physical QWERTY keypad, complete with an optical trackpad and capacitive keys to initiate and end calls as well as return the user to the main menu when in apps and other services. Like the X7 you get an eight megapixel camera on the E6 and each phone has a secondary camera on its front to enable video calling. It is difficult to separate the two when it comes to photography prowess, while input method is a matter of taste and requirements.

It is perhaps unsurprising that two smartphones from the same manufacturer use essentially the same processor as one another, as this is certainly the case with the Nokia E6 and X7 handsets. Running at 680MHz the ARM CPUs do a decent job of chewing through various tasks simultaneously, although each mobile can be prone to lagging and unresponsiveness if you do not keep on top of how many apps you keep open at the same time. The latest Wi-Fi, Bluetooth and 3G connectivity are all found within both models, so again there is little to separate the two when it come to mobile browsing.

The use of the Symbian 3 operating system means you have customisable homescreens which can be stocked with live widgets and shortcuts to apps you use on a regular basis. The Nokia E6 gets five homescreens rather than the three available on the Nokia E7, largely because its display is more compact and so extra screens give you more room to manoeuvre. The enterprise orientation of the E6 means that you get features like QuickOffice, Enterprise support and F-Secure Mobile Security to keep sensitive business files safe. Meanwhile the X7 aims to please those who love consuming media on the move, so the presence of apps for Web TV and advanced social networking integration is no surprise.Each handset has something to offer and their distinct features make it easy to choose.

How to Set up multiple monitors