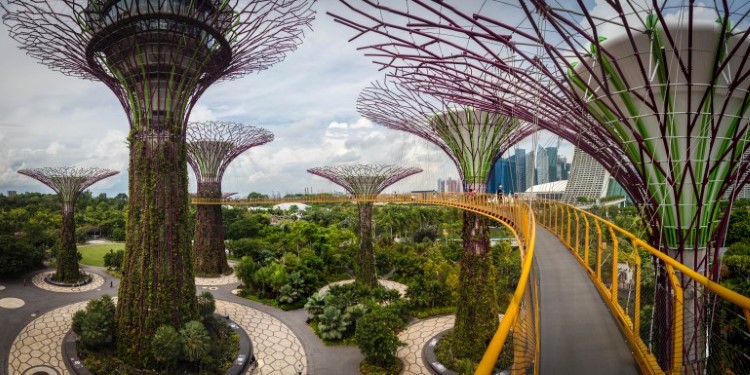 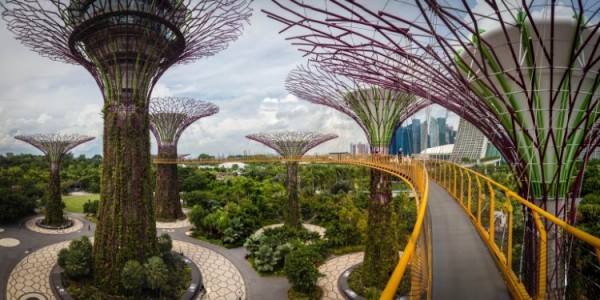 There are some places across the world that would be considered as a wonder because of its unimaginable features, and structures. A garden in Singapore is just one of those places as it is so beautiful and surreal that you would be wondering if you were in a mystical movie. The park called the “Gardens by the Bay” is an absolutely breathtaking billion-dollar techno-garden theme park. 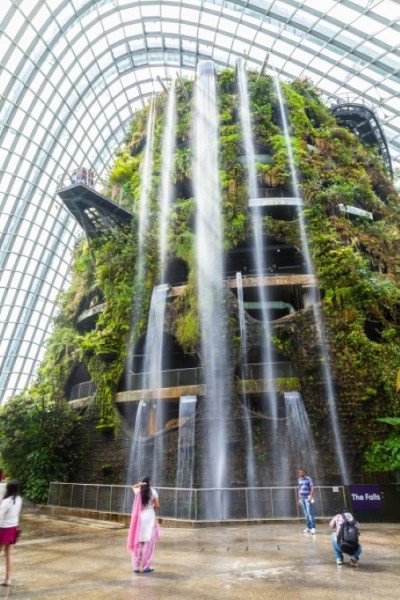 There are many attractions featured at the Garden’s by the Bay but there are however three main attractions that do stand out at the park. This includes the Supertree Grove which is a collection of huge tree; the Cloud Forest, which is a large dome that recreates the environment along with the climate of the forest on a mountain top, and the Flower dome that houses plants from Australia, Mediterranean, South America and South Africa regions. There is also a 35m tall indoor waterfall inside the dome Cloud Forest dome. 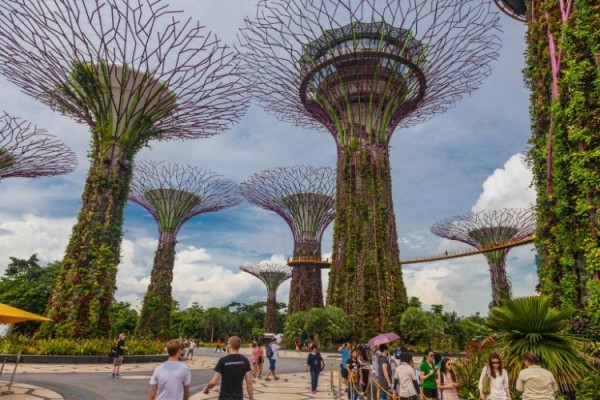 The Supertrees stand at 20 to 50 metres tall and each tree is a vertical garden with plants such as ferns, orchids, vines and others creeping over its skeletal structure. They also mimic the functions of a real tree with photovoltaic cells to echo photosynthesis which contributes to the energy need to run the park. There are also channels on the structures that can collect water from the rains to be transported to other areas of the park. Exhausts from the underground biomass boilers are also emitted at the top of some of these trees. 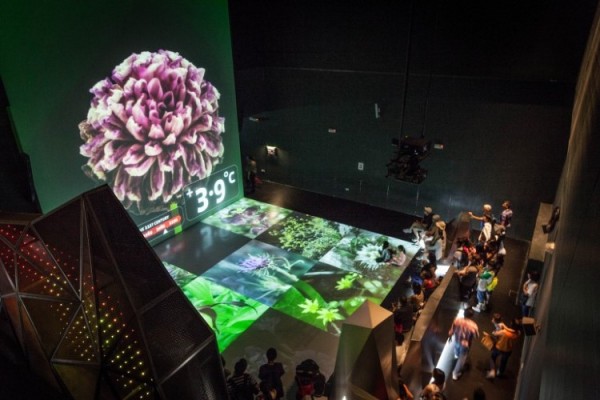 The domes at the Gardens by the Bay are both climate controlled. The Flower Dome which houses Australian, Mediterranean, South American and South African native plants, requires temperatures ranging from 23 to 25 degrees Celsius in order for the organisms to survive, while the Cloud Forest dome features a man-made mountain that is controlled to offer cool conditions that are found on tropical mountains around 1,000 to 3,000 metres above sea level. 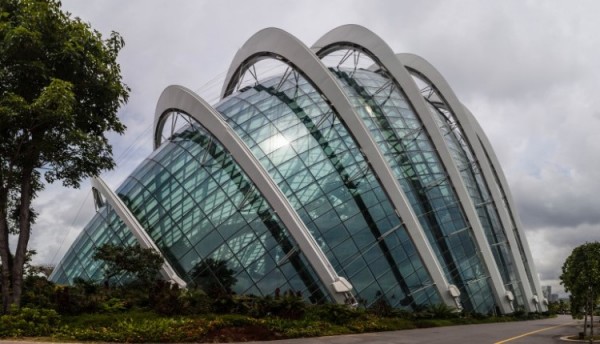 In the Cloud Dome there is also an attraction called the Crystal Mountain Cave that has stalactites, stalagmites and crystals on display. There is also a video presentation room that shows the effect of the changes to the climate on mountain top environments. 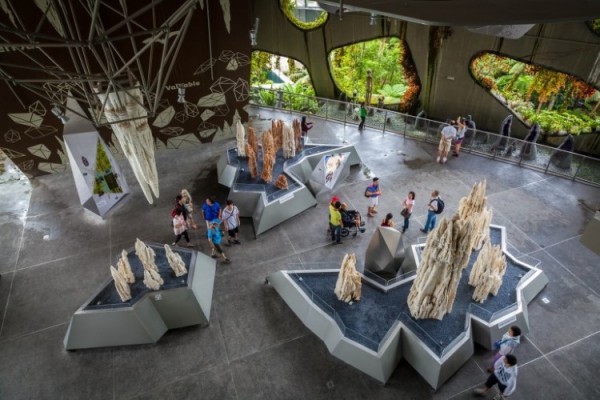 Dogs Dress-Up In Costumes To Compete In NYC Doggie Pageant