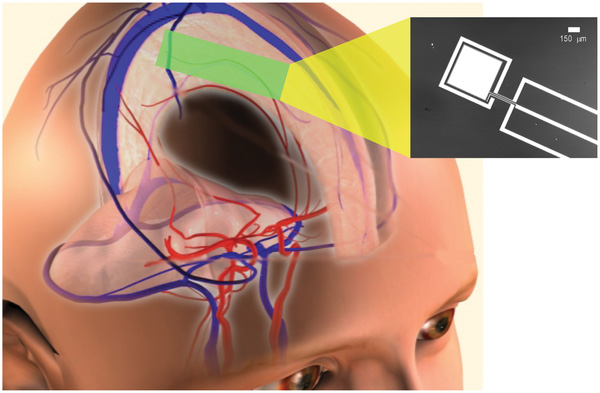 The topic is as interesting as the title. After decades of effort, Scientists have devised a way to generate electricity from brain. Researchers from Massachusetts Institute of Technology (MIT) have designed an implantable fuel cell that can generate electricity from a fluid around the brain (cerebrospinal fluid). The result of the experiment was a success since it produced a few hundred microwatts of power from glucose within the cerebrospinal fluid. No adverse physiological effects have been reported so far. This small amount of generated power is of course not enough to run a small fan or any small appliance. But the inventors are not thinking of utilizing this energy to power the appliances. Instead, scientists have planned to make use of this energy in bio-medical field. The amount of electricity produced is enough to power the latest, futuristic and highly efficient brain implants that can help the paralyzed patients to move their limbs.

According to the team leader and computer scientist Rahul Sarpeshkar, the new fuel cells can be a great remedy for paralysis or blindness. Currently, most brain implants are powered through inductive power transfer. The power is transferred either wirelessly or by single use batteries. The major disadvantage of such single use batteries is that they have to be replaced surgically after several years. In comparison, the new fuel cell is made up of platinum (a metal that has good track record of being safe in human body). Moreover, according to Rahul Sarpeshkar the new fuel cell can work for decades with no need of replacement. These new cells will first be tested on humans and animals.

This new fuel cell functions by oxidizing glucose from cerebrospinal fluid at the surface of an activated platinum anode and then converting oxygen to water at the surface of a network of single walled carbon nanotubes embedded in the cathode end of the cell. The fuel cell also utilizes an oxygen gradient to prevent oxygen from reaching the anode and thus possibly creating electro-chemical short circuits. Researchers have also conducted tests to ensure the rate at which cerebrospinal fluid glucose is replenished. The results are satisfactory which means that the method of generating electricity is safe and has no adverse effects. Furthermore, the fuel cell’s oxygen consumption was also checked to make sure that it wouldn’t destabilize oxygen levels in brain.

Though it is still in prototype phase, it sounds promising and efficient. Indeed it would be a great invention to help paralyzed people to live and enjoy life in a better way. Below is a video of how it can be utilized

People are Using WiFi Names To Tell Off Their Neighbours