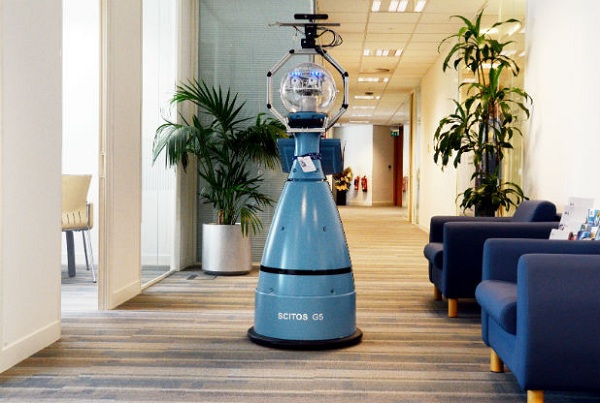 Artificial Intelligence developers have created a robot that can assess moods and exploit the human senses. The robot was developed by scientists at the School of Computer Science at the University of Birmingham and is able to perform the duties of a security guard. Bob, the first robotic security guard in UK, is currently the latest recruit employed by the G4S Technology to help in securing the headquarters in Gloucestershire.

The autonomous android is able to spot things out of the ordinary, store the information on its internal hard-drive and report the information back to its human counterparts.

“They are able to make incisive, very, very quick decisions about changes in the environment.” said G4S spokesman Stewart Angell. 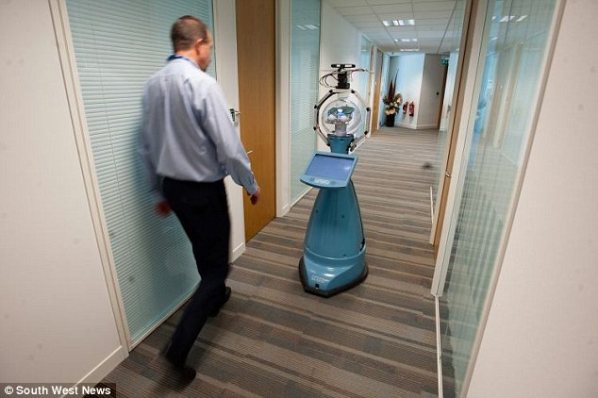 Bob  has the ability to dialogue with colleagues, ask for help when he gets stuck, and easily plug himself in to charge when his battery runs low.

The blue machine is a part of a £7.2 million ($12.2 million) robot pilot project led by the University of Birmingham to desensitize officers workers around the world who have strongly opposed the idea of robotic staff members. 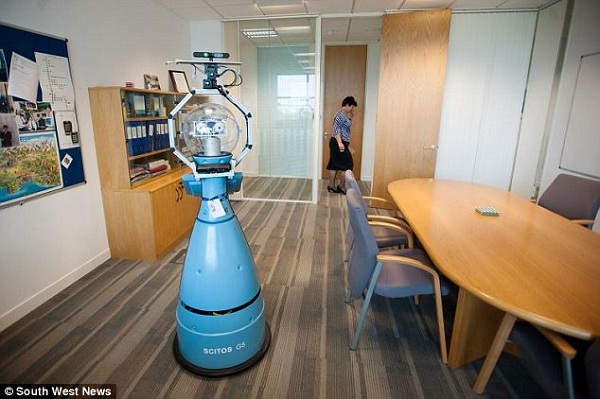 “Bob is not about replacing our security officers; the security officers are at the point of use,” Angell added. “Bob is a complimentary activity that can do guard tours over a period of time overnight or during the day, but also pick up on some of the low level activities that the guard doesn’t necessary need to be involved in.”

Bob knows the floor plan of the Gloucestershire office and roams from room to room. The bot uses cameras and scanners to create a map of his surrounding area, plotting the location of desks and chairs, as well as people moving, and by scanning and filming in 3D learns how the environment changes each time he revisits. If something has changed since his last visit, he analyses it and sends the information to a human security guard. 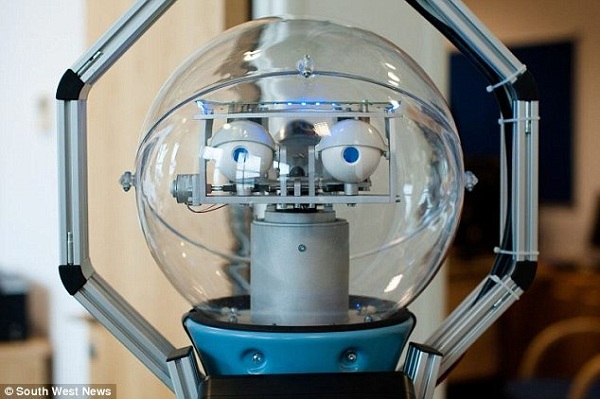 Researchers hope the pilot project will help Bob learn more about coping with other people and machines in the workplace. A similar model known as “Werner” is  being tested in a care home in Austria.

A Jaw-dropping Masterpiece. The Dubai Mall Has Everything!

Are humans getting dumber and dumber?