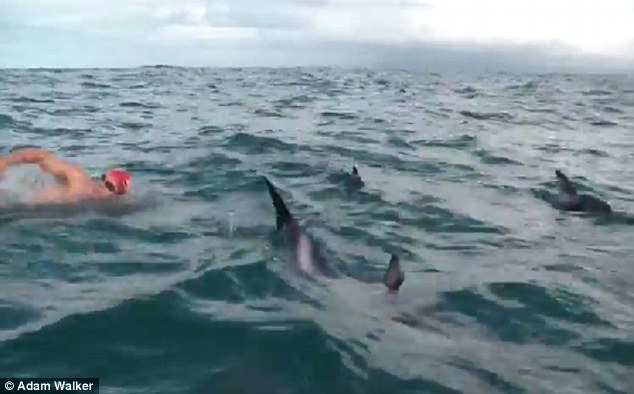 This would seem just another cute and heartwarming video of a pod of dolphins swimming alongside a marathon swimmer. However, what you don’t see in the video is the fact that there was a 7-foot shark directly beneath British competitive swimmer Adam Walker as he swam in the Cook Strait.

Coincidentally, Adam was swimming one of the hardest oceans in the world dubbed as the ‘Oceans Seven’ in aid of of the Whale and Dolphin Conservation charity. Perhaps the dolphins wanted to show their support by protecting him, or they simply wanted to play. Either way, he was definitely thankful for the company and the protection they offered against the lurking shark.