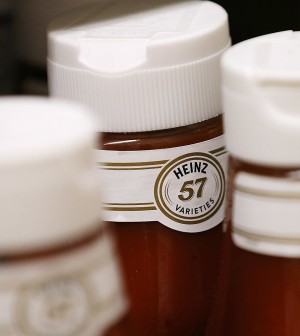 Have you ever woken up one morning in good moods, put on your best clothes and left for work feeling invincible? After having a good morning session you later decide to have lunch at your favorite spot, completely unaware of what is about to hit you. You decide to settle for a fast food as you’re in a hurry to report for the afternoon session. Without giving much thought, French fries come into mind. One of the things that French fries lovers find irresistible is Ketchup.

With an un-explainable composure you squeeze the Ketchup bottle and Alas!  The bottle squirts the top layer of Ketchup (consisting mainly of water) all over and your shirt hasn’t been spared. An observer may dismiss this as an ‘insignificant incident” but what they don’t know is that your “insignificant accident” is profound enough to ruin your ideal day halfway through it.

I am sure most Ketchup lovers identify with the above stated scenario. If not, you’re familiar with situations where the watery mess tends to come out first whenever squeezing Ketchup. This is a huge disappointment to most Ketchup aficionados who tend to like it thick. Thanks to Tyler Richards and Jonathan Thompson, both irking Ketchup scenarios can be put to rest.

After falling victim to the watery mess that results from the first squirt of Ketchup, the two decided to put an end to this menace. The solution lies in a new bottle cap designed by the two high school seniors. The Ketchup is forced away from the cap and forced into a small tube at its center, which is then squeezed out. Thus, water that would normally settle at the top of the Ketchup is actually separated from the actual red stuff.