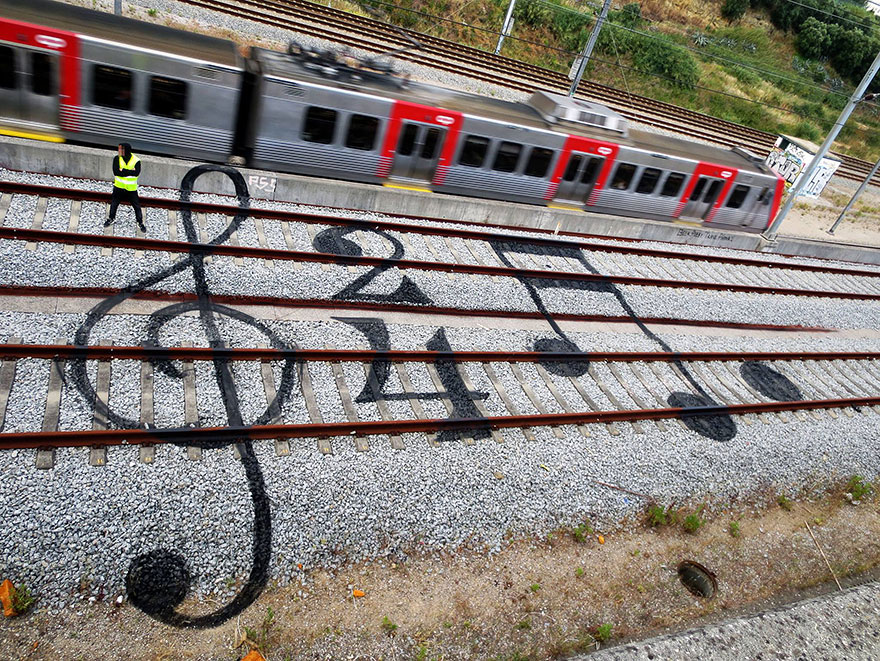 Trains and rail road tunnels have been popular canvases for street artists to express their creativity. Portuguese artist Artur Bordalo has taken his artwork one step further by decorating the rail road tracks. Bordalo started out on his new project this year and has done several designs on various locations throughout Portugal, incorporating the tracks horizontal lines into the composition of his pieces.

Musical Notes – This artwork is ingenuity at its finest depicting several musical notes on a traditional graph sheet. 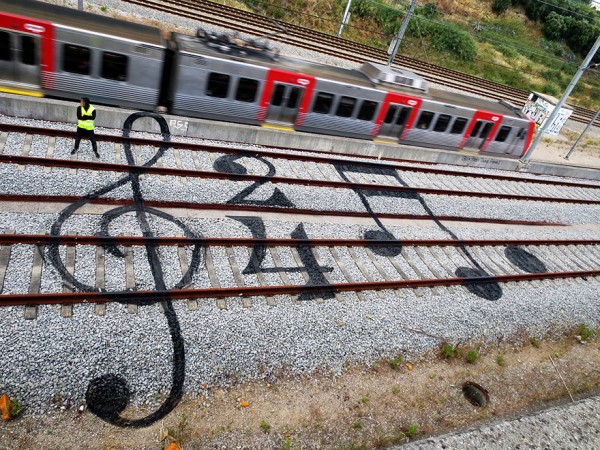 Unshackle Me – Another exquisite use of the rail road depicting someone being relieved of the shackles around their wrist by an ally. 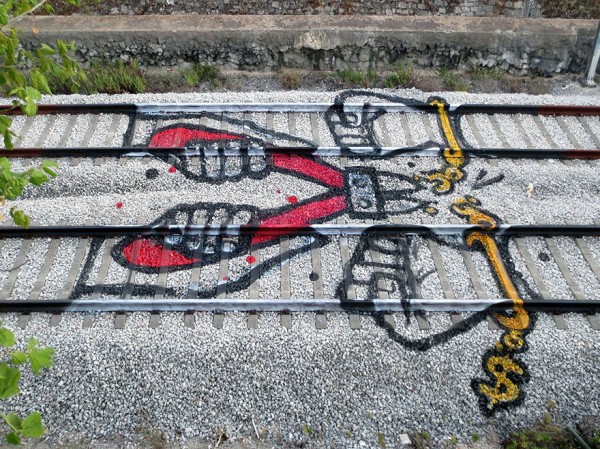 Heart String? – Not exactly the most friendly piece of artwork you will find around town. Let’s give this one the benefit of the doubt  and say it’s an open heart surgery. 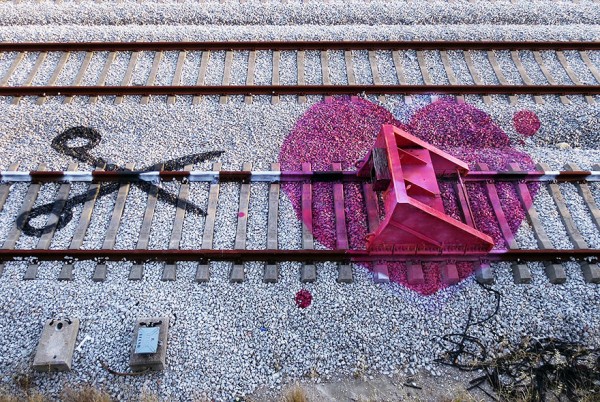 Handshake – This is easily the simplest of all the pieces within the portfolio. The rails are used for a handshake between two persons who are possibly meeting for the first time or coming to an agreement on a laissez-faire or business proposition. 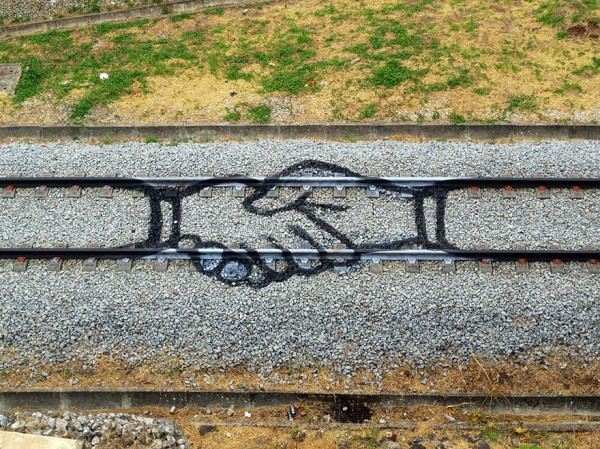 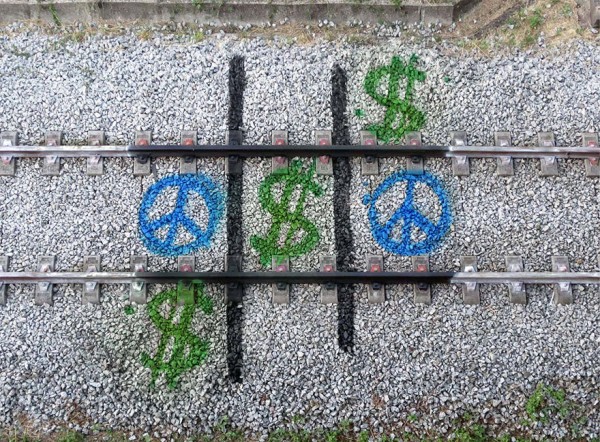 On/Off Switch – This one is quite easy on the eye and is as simple as the artwork itself. It’s a switch depicting its two states ‘On and Off”. 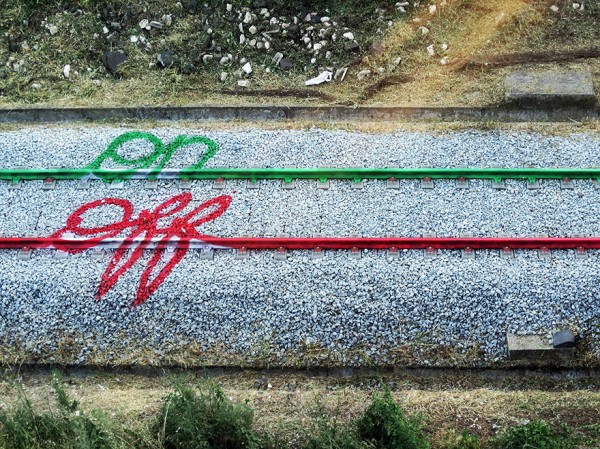