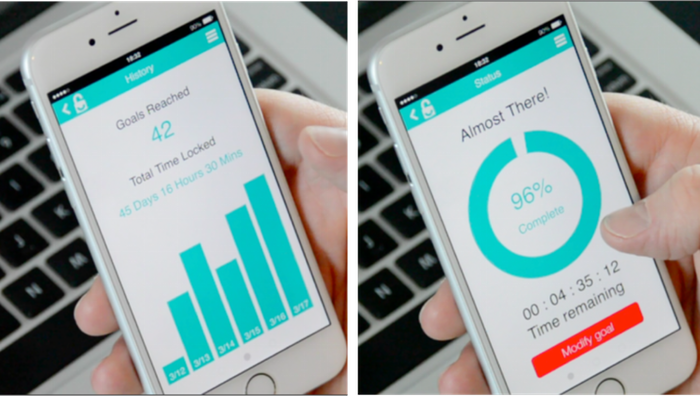 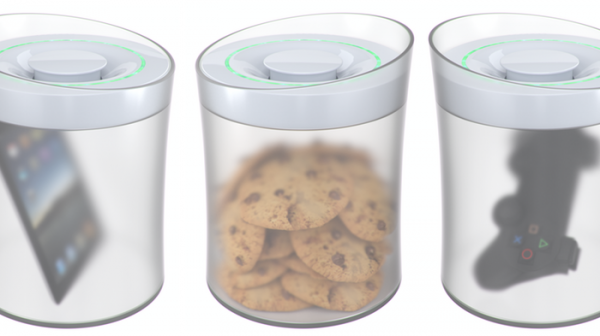 Are you one of those people that can resist everything except temptation? Whether your addiction is smoking, playing video games or eating too much candy, this cylindrical device that looks like a cookie jar called kSafe is here to help you by keeping your temptations locked away. Once the tempting item has been locked away, it can only be removed from the jar once you have reached you pre-determined fitness goal, such as walking a set number of steps in a day to unlock it. The goal is set using an accompanying app. 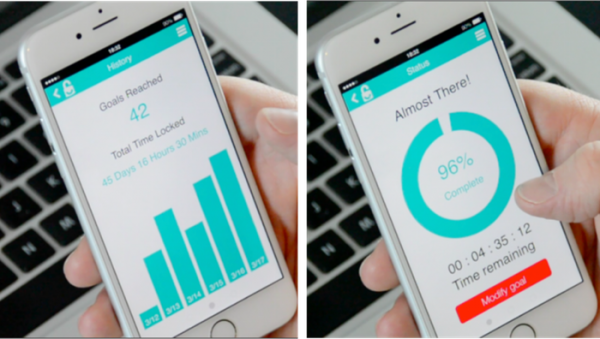 There are three types of goals to choose from: activity goals, location goals, and time goals. The activity goal for example allows you to set the safe to unlock once you have taken a certain number of steps or burned enough calories, while location the goal may help to motivate students to go to school or the library.

“Set kSafe to only unlock once you’ve arrived and checked-in to a location, like a gym or library,” the firm said.

They say that the safe can be used to break bad habits, such as snacking between meals, as it will be instructed to open on certain days or at certain times. The device also capitalizes on the idea of reward substitution, which is similar to when a person works hard on home-work to earn being able to go to a party. 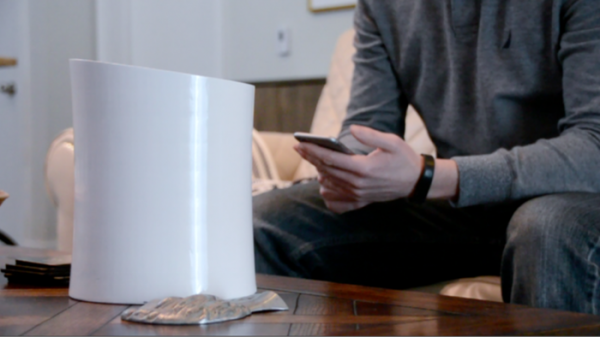 The app allows you to view your progress in meeting the goal on the light-up ‘button dial’ on the top of the safe. When the goal is achieved, the cover of the safe will pop open. There is also no limitation to the goal meaning you can raise the bar if you are feeling particularly motivated to burn extra calories or study into the night. In addition to being an extra motivation to achieve your goals, the kSafe can be used in a conventional way using a password code to keep items safe or off-limit to children.

You can pre-order your own kSafe in black, white, or transparent via Kickstarter for $89 (£60) with an estimated delivery date of November.