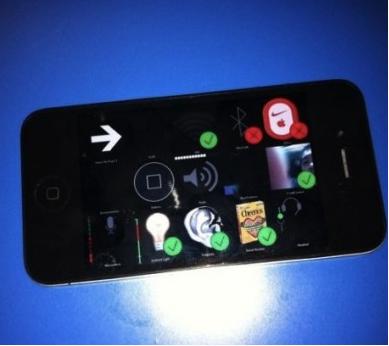 iPhone 4GS pictures has caught every ones intentions. Site that displays images of iPhone 4GS also claims that testing of new device is under progress yet. Weibo user posted leaked iPhone 4GS images on site. These images show similarity to iPhone 4.

These leaked iPhone 4GS pictures were originally introduced by Apple to show that the new generation device is running under testing process. Another prediction came that there is no any change in design as it look almost same as iPhone 4.

Testing software actually shows that statements for iPhone 4 release are true. It is out of understanding that why it is not possible to display iPhone even when this device is connected. It could also be said from iPhone 4 release views that this new device is a prototype and might be possible it will not be available for public to use in fall 2011.

You can also expect iPhone release instead of new iPod. Apple could release next generation iPhone and push back new iPod that Apple planned to release on September. Multiple news are coming from everywhere.

It has been said that new iPhone prototype is an A5 dual core processor and looks very similar to what that you have in your iPad 2. Other features are 5 megapixel camera and support of network of T-Mobile USA.

Everybody is excited now after listening about new iPhone. Just wait now and see what happens in next few months.

How to Pass Time When Held Hostage

How To Build Up An External Hard Drive