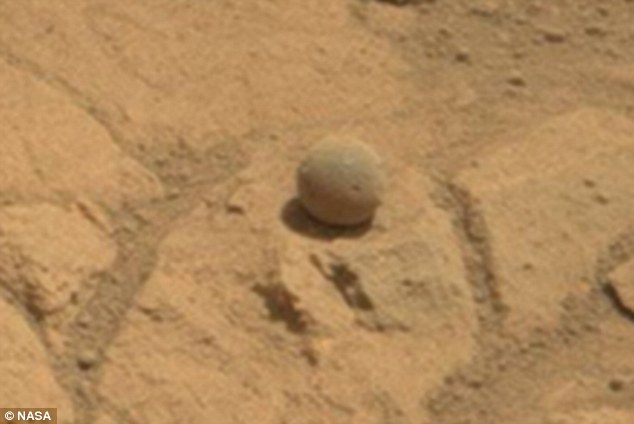 Nasa’s Curiosity rover has spotted a unique round rock on Mars. The spherical object was found close to another rock resembling a traffic light. Nasa has moved to quash claims that it is evidence of Martian life and indicated that the phenomena symbolizes the unique weather effects on Mars. 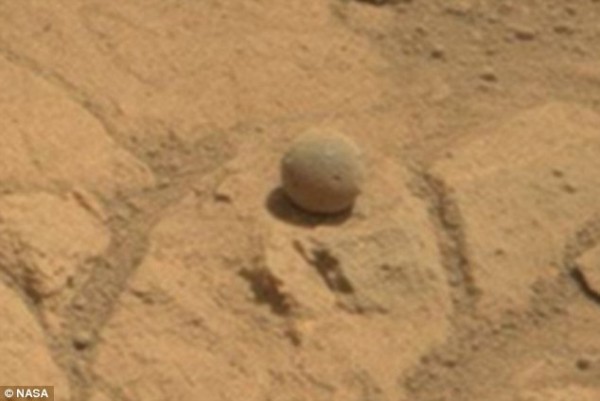 According to MSL scientists based at Nasa’s Jet Propulsion Laboratory (JPL) in Pasadena, California the ball is not shown to scale and is only about one centimetre wide. Nasa revealed that it is an example of Martian concretion, the process of compacting and hardening a mass of matter, according to Discovery News. 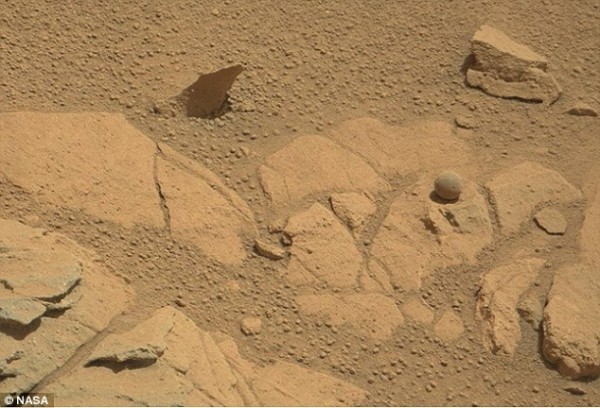 It is not the first time such an instance has been found on Mars. The tiny haematite or “blueberries” was observed by the Mars rover Opportunity in 2004. The ball is the just the latest in a long life of mystery spots on Mars with a “traffic light” been spotted last week. In the image a set of three of large rocks are stacked on top of each other along with a fourth one. The structure resembles the traffic lights seen on Earth, but scientists have already toss any ideas in the bin with regards to Martian Civilization. 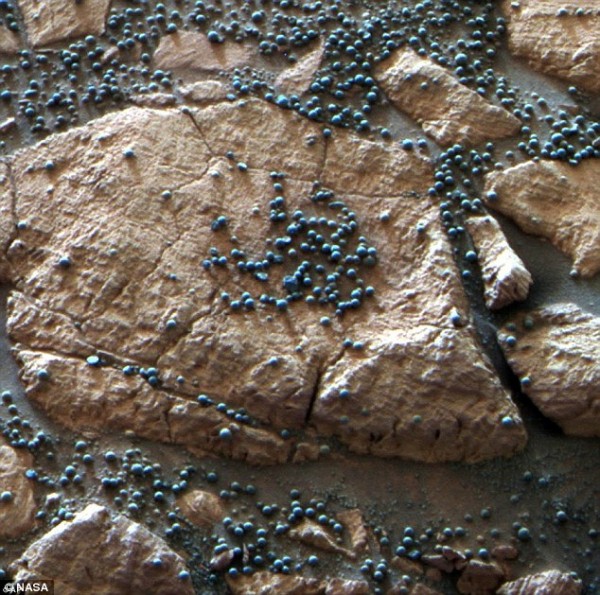 The image was from the 6 foot (1.8 metre) high, left-hand side mast cam on the Curiosity rover. The rock was spotted in the image by space video journalist Joe White who runs a YouTube channel called ArtAlienTV. “I saw this one and I thought ‘hang on, that looks a bit strange’. I think it looks like a traffic light. It is hard to tell how big it would be without any point of reference, but I would estimate it was about 12 inches [30.5cm]. I posted it on the internet and people said they thought it looked like a set of traffic lights too – although some people did say it looked like a totem pole.” Curiosity is currently located at the base of Mount Sharp, the rover’s target since it first landed just over two years ago.

7 Creepy Halloween Costumes For Your Dog This Year