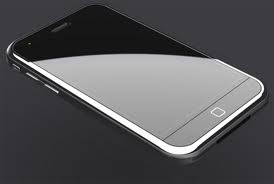 The never ending debate over whether iPhone 5 will or should offer support for 4G networking misses the superseding point that 4G doesn’t exist anywhere in its true sense.

Be it Verizon with its barely-there 4G network, or AT&T whose 4G network exists only on paper, or T-Mobile and Sprint pushing pseudo-4G networks which are way too slower than what 4G is supposed to be, there is no genuine 4G experience as of yet to be had. Because of the same reason Apple didn’t add 4G to the iPhone 4 last year, and doesn’t wish to add it to the iPhone 5 this year either.

Still the march to 4G is already on its way, at least far as the marketing departments of the carriers are concerned, leaving Apple in an uncomfortable position of not wanting to add often-useless 4G hardware to the iPhone 5.

Apple To Introduce iPhone 5 With A Curved-Glass?

The 5 Silliest Things You Can Do with Your Smartphone Today