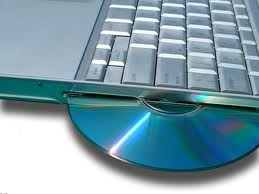 Ejecting an optical disk from your Mac system can be a big problem since there is no eject button on the CD/DVD-drive. So what to do if a CD or DVD gets stuck in the drive? Usually you would have to shut the system down to retrieve the disk. Luckily there are some methods to solve this problem without shutting down the system:

1)    Apple Keyboards usually have an eject key in the upper right corner. Other keyboards can be used to eject the disk by pressing and holding the F12 key until the disk is ejected.

2)    Dragging the CD/DVD-drive icon to the trash also ejects the disk.

3)    Some applications like iTunes, Toast etc. have an eject option in its menu bar. Launch the application and select this option to eject the disk.

4)    Terminal in a Mac can be used to forcibly eject a disk from the optical drive. Appropriate commands for either internal and/or external drives are available to eject the respective disk.

5)    Adding a CD/DVD-drive icon to the menu bar can also be used to eject a disk from the drive as icons in the menu bar are available for use at all time.