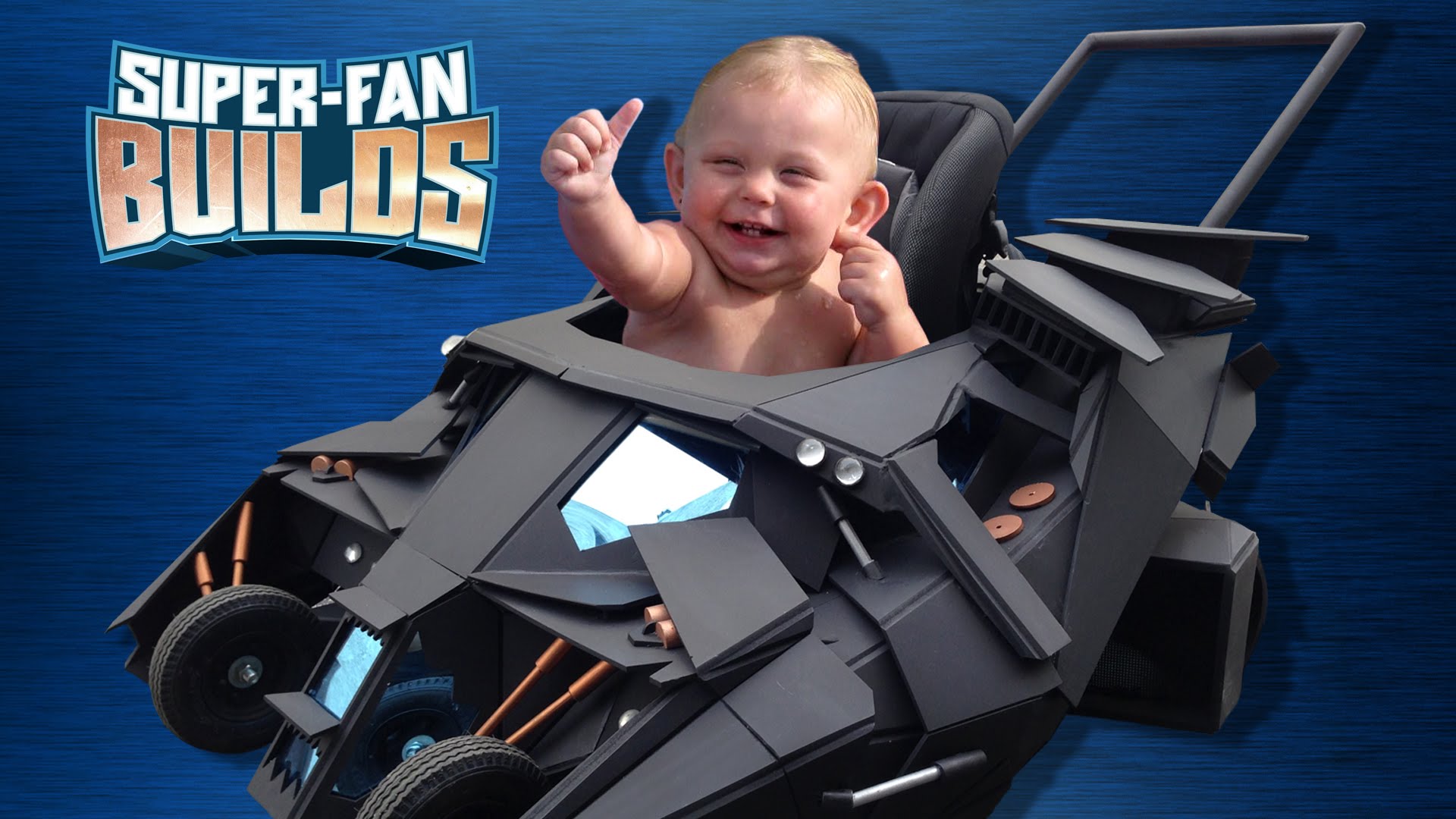 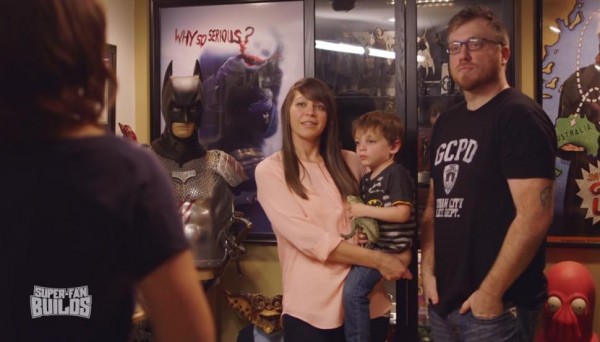 As super fans of comics, having the cool stuff and gadgets that appear in the films as our own is something that many of us dream of. One of the few people that allow this is Hollywood’s top prop makers, Super-Fan Builds. Through nomination, human and even animal fans of different comics and cartoons are given the chance to be selected as the person that will receive the ultimate collectible that serves as a replica or even one that nobody, not even the makers of the shows own. I’m pretty sure that as a super fan, being selected would make you go bananas! 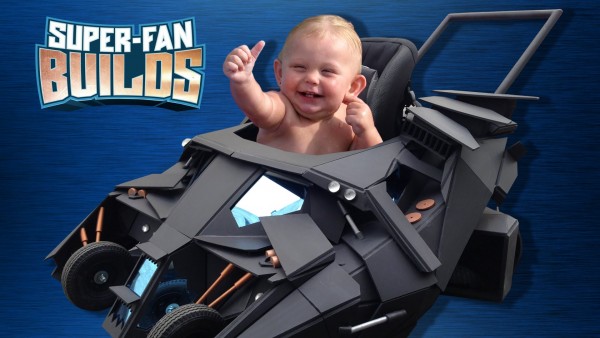 In one of the latest episodes of the web series, a super fan/dad was selected and you can bet that his special prop was incredibly awesome. The Batman super-fan, Josh Earl, is not called a super fan for nothing as his wife, Maressa, shares that he has a collection of tons of framed Batman posters and action figures of the different heroes and villains of the show. There is however a bigger Batman super-fan of the household as his toddler son, Collin, his first words as a baby were the lyrics of the Batman theme song.

Master builder, Tim Baker, and his crew that specializes in different areas such as sculpturing and fabricating, decided that this time around they were going to build a custom Batmobile Baby Stroller that was inspired by batman’s super car in the Dark Knight film. Starting off with a metal frame to support the structure, the team works from bottom-up and ends the entire process by adding detail elements such as the shock absorbers, hydraulics, spoilers, headlights and much more. 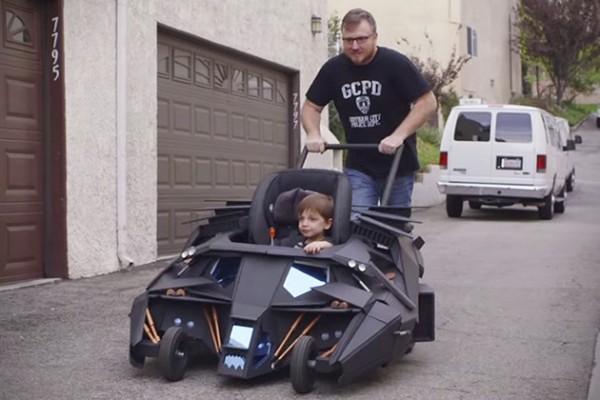 Upon being revealed to the family, they of course got to enjoying the sweet ride right away and by the looks of the faces of the Batman super-fans, the special prop might be their greatest collectible yet.

Fantasy vs. Reality — Portraits of Real Men Posing as Models