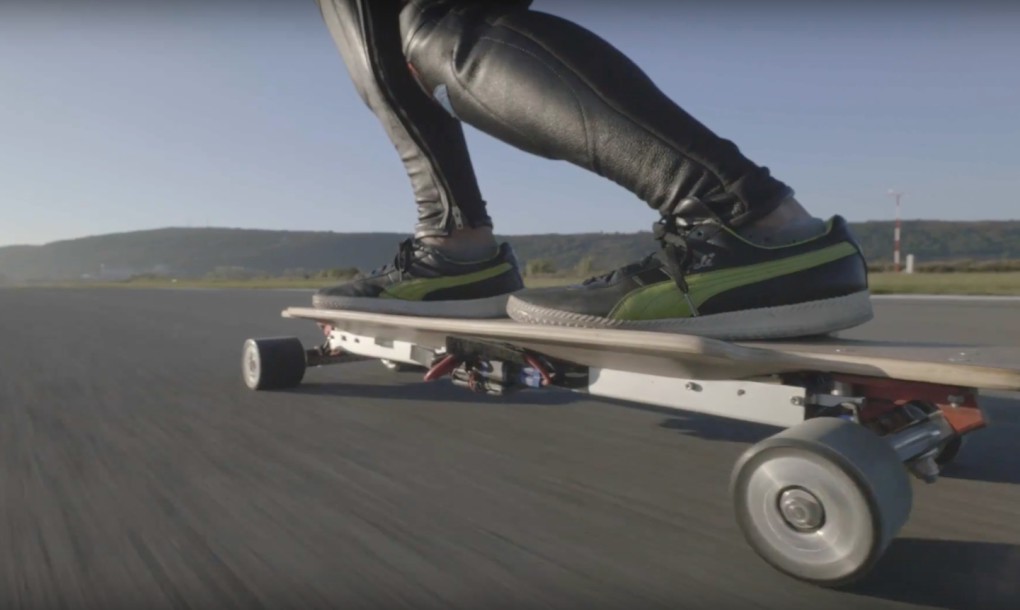 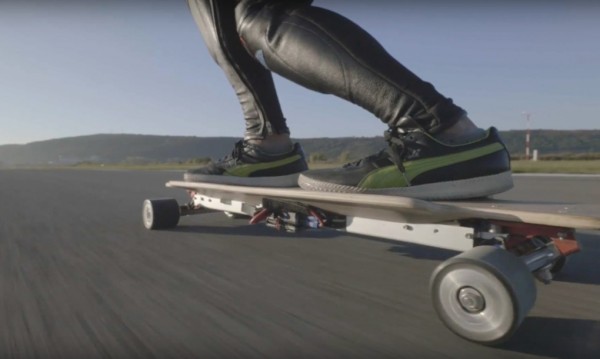 After clocking in at 59.55 mph on a modified electric skateboard, professional longboard racer, Mischo Erban, claimed a new Guinness World Record. Developed by Next Generation Vehicle, the fast and powerful NEXTBoard, took two years to develop and is already making noise with its debut.

The impressive feat was accomplished on an airport runway in Piran, Slovenia where the electric board carried the seasoned skater all the way to a new World record. The powering of the board was taken care of by Four Scorpion motors and two Tattu 6S batteries, which take an hour and a half to charge and is controlled by a remote.

Based in Slovenia, Next Generation Vehicle, hopes to see their boards featured in competitions of all kinds in the coming years.

In the video that captured the feat, Erban is seen speeding along before finishing with a brutal fall. Tumbles like these however don’t deter the record-breaker as he shared in a statement.

“I am attracted by speed — and have learned to master the danger,” he said. 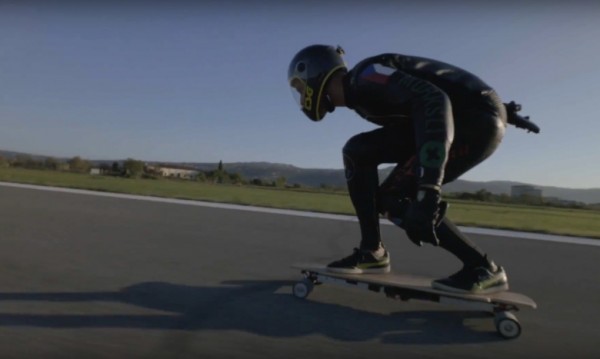 This speedy record was not his first and still isn’t his fastest. Erban previously achieved a downhill skating record in 2012 when he sped down a steep road in Quebec at 80.74 mph.

Check out Erban’s record-breaking feat, captured by the Guinness World Record below.

Famous Scientists Made Cool Superhero Characters For A Video Game