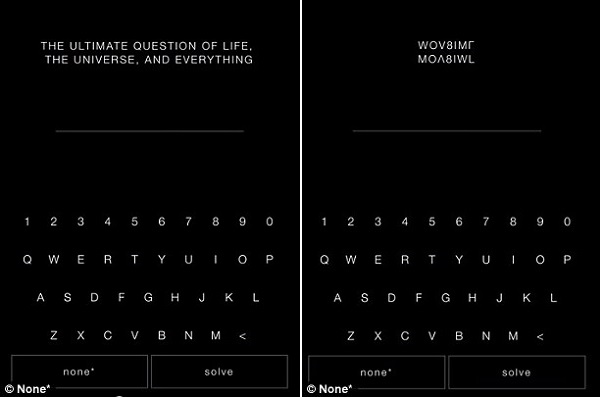 Mentally challenging games, such as Sudoku and crosswords, just got more interesting with this new riddle game. Mysterious riddle game app None* offers a blank space to enter your answer and only one clue to get started. In that effect there are no images, music, animations, sound effects or hints to help you, or indications of what the purpose of the game is exactly.

Available for iOS, Android, and Windows Phone devices, the description of the app in game stores reads: “No one really knows what none* game is about.” The features on the screen include a pitch black screen with a single clue written in white text and a small keyboard that is also off white text.

Joining the question of ‘what the game is actually about?’, other queries such as ‘how many levels there are?’ and ‘how you are supposed to solve some of the more obscure riddles?’, are left unanswered. Some people that have claimed to already finished the game shared that the app can be completed and that there are 50 levels. 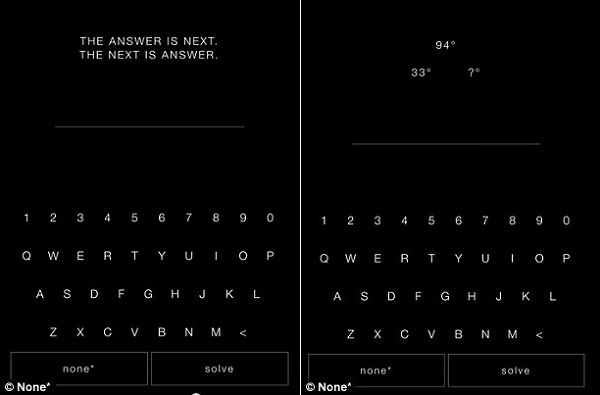 The questions at the beginning of the game are relatively simple to start with as there are basic Math problems included, however as you progress in the game name associations will be given, before seemingly showing random statements and even coordinates.

A couple of the questions asked include: ‘The ultimate question of life, the universe and everything’, ‘P + left step 1 + left step 7 + right step 1 + right step 1’, and ‘the answer is next. The next is answer’. Beneath these clues there is a blank space provided for you to insert your answer. 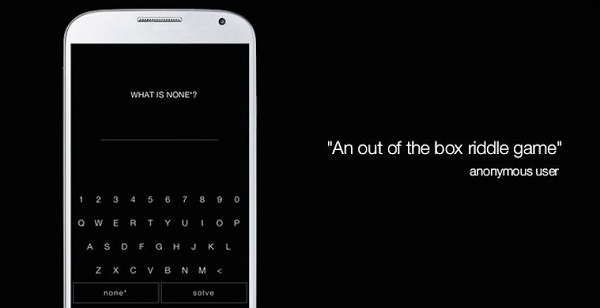 Creator of None*, Athens-based Dimitris Chassapakis, told Business Insider that it’s his first text-based puzzle game for mobile. He shared that there are only 50 levels in the game and only 10% of the players has yet to complete the game.

“This is the first episode and if you solve all 50 levels you can subscribe for the release of Episode 2 — probably this summer,” he said.

The Google Play app store shows that between 10,000 to 50,000 people have already downloaded the free game app.

Who Knew A Cute, Little Device Could Be The Answer To Ending Your Laziness?