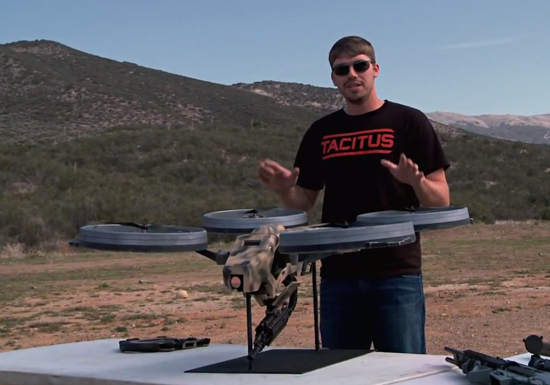 A famous Youtube Channel FPS has made great fame undoubtedly as its always fun to watch real guns, real ammos and real firing. So does the Russian chap does, he has been famous for trying all tiny to deadly weapons and he posts a video at his channel of the shooting one after the other. Mostly the Russian firearms are tested and he blows some dummies and cars with those bullets and explosions.

His latest coverage was a quadcopter! Now this is amazing if it is real! As the quadcopter which according to him has no such defined specs but has a pretty name “Charlene” In the video he flies his quadcopter with a tablet and shoots through it while using the same tablet. The quadcopter is equipped with a camera and some heavy duty guns to blow some dummies. A very strange act yet made me think twice that if its a fake video as at the end of his video he blows his quadcopter in a car and without disclosing any of detail, and there he ends up the session. Well if still in case this invention is real we are not going to see this military equipment sooner.

Watch the video and tell us what do you think about it. 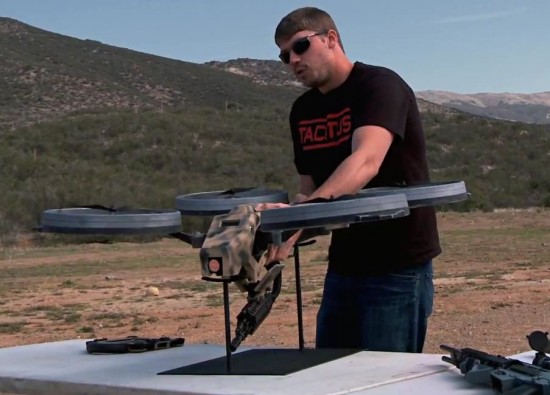 Fisker Atlantic — A New Born Of Style And Luxury