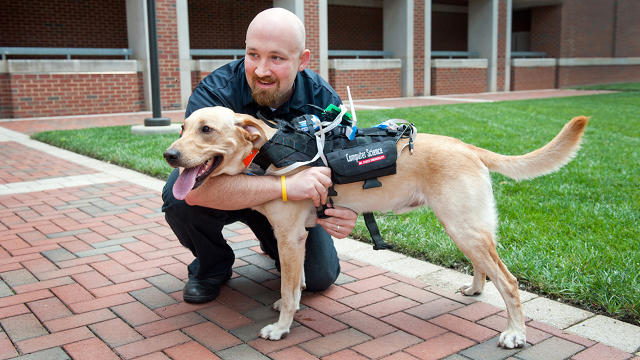 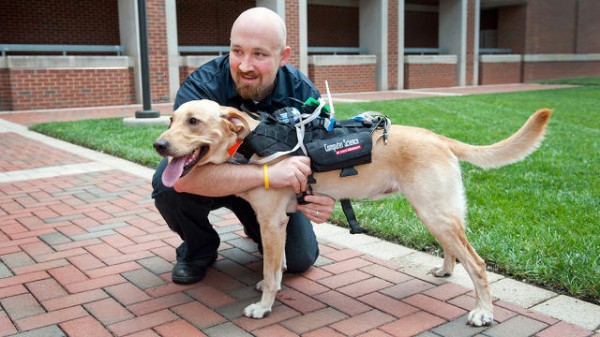 This new unveiled pack could be the ultimate device for dogs and their owners. The high-tech pack for dogs uses its sensors to sense the animal’s movements, and sounds to allow them to communicate with humans and let them know how they feel. It also includes speakers and vibrating pads in the harness to enable humans to “talk back” to their pets.

‘We’ve developed a platform for computer-mediated communication between humans and dogs that opens the door to new avenues for interpreting dogs’ behavioral signals and sending them clear and unambiguous cues in return,’ one of the developers of the high-tech pack, Dr. David Roberts of North Carolina State University said. 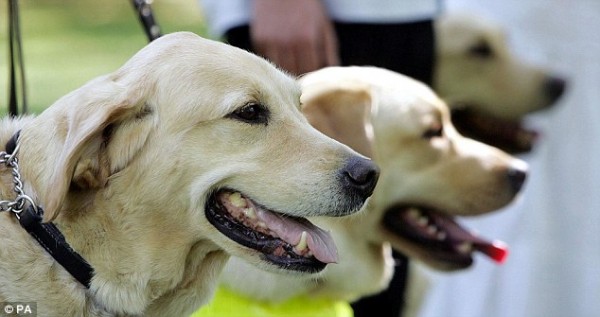 The system which could serve peculiarly useful for service, training, rescue and search dogs, is a harness which is equipped with a variety of technologies and fits comfortably onto the dog.

Researchers say that the wireless sensors installed into the harness can determine when the dog wearing it is either running, sitting, or standing, even when they are out of sight. The data received by the wireless sensors are then translated to communicate them to humans. There are also speakers and vibrating motors, called haptics, that will in return translate human requests into signals for the animals to understand.

In addition to communicating with the dogs, the system features sensors to monitor the dog’s well-being such as heart activity, and body temperature; and also infer their emotional state whether it is excited or stressed.

Packs for rescue dogs and service dogs are also customized with additional devices depending on the specific application. For example, search and rescue dogs which are required to detect hazardous things such as gas leaks, will have a harness that is equipped with added environmental sensors, cameras, and microphones for collecting additional information.

The developers say that they are now in the early stages of miniaturizing the technologies and improving the physiological sensors for use in animal shelters and hospitals.