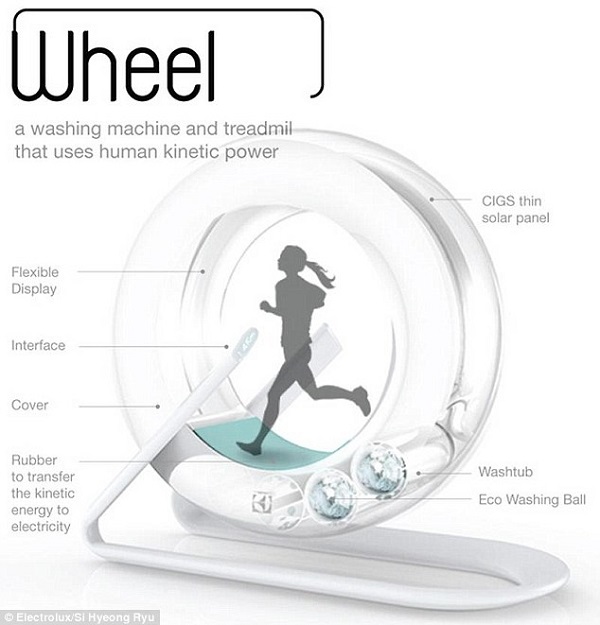 Many people have embarked on taking interest in their health and fitness levels by exercising as health issues have begun increase at tremendous rates. This can however become hard for some of us to keep up with when there are many house chores to complete. Thanks to Si Hyeong Ryu, a product design graduate in the 2014 Electrolux Design Lab competition, there might just be an answer to solve that problem. Si Hyeong Ryu has come up with a concept of the Wheel washing machine treadmill that allows you to do your laundry as you jog on a treadmill, with the same technology. 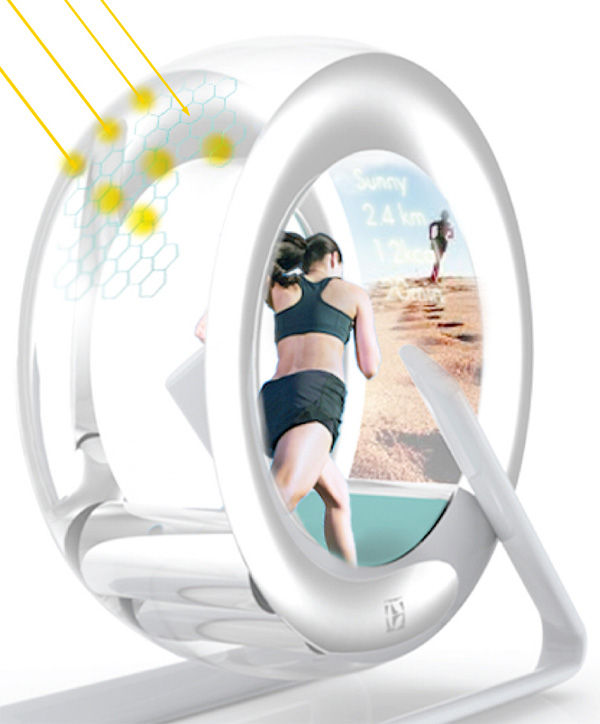 The Hamster Wheel Machine, as its name suggests, is inspired by a hamster wheel. When a person jogs on the machine, it is able to capture the kinetic energy produced by the jogger and covert that energy into electricity for the operation of the built-in washing machine. The machine is also able to provide jogging information such as the speed and the distance covered on a display screen. There is also a flexible screen so that the user can watch a movie or listen to music while jogging. 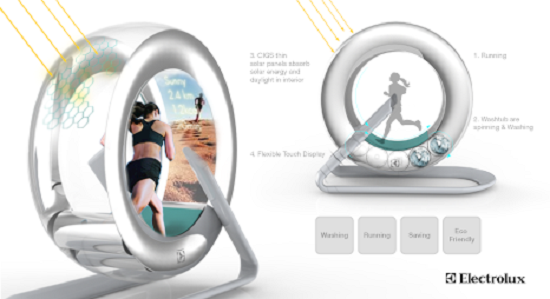 The machine design is said to be built with washing balls inside the canister that is able to cut down the time taken to wash the clothes and also save on water in the process. In addition to washing clothes, the machine can be used to flatten out wrinkled clothes with just the push of a button. When the clothes are placed into the washing canisters, the machine sprays a pod of liquid onto the clothing. Upon finishing the washing process, the clothes are dried as dry air is circulated throughout the machine. The entire process will be completed in approximately 10 minutes. 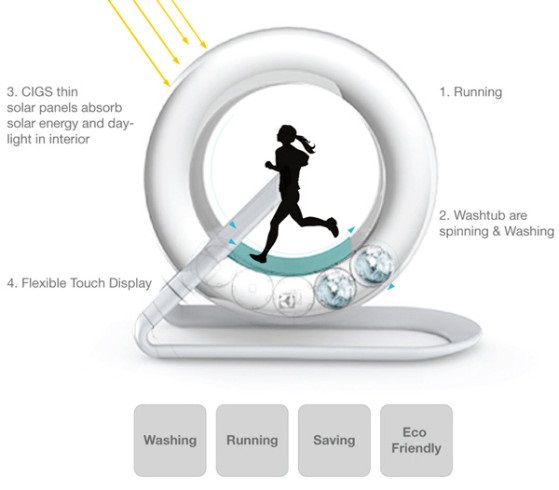 The Hamster Wheel Washing Machine can also be operated without a person jogging on the treadmill as there are solar panels placed on the top that are able to absorb solar energy for electricity.