First there was this gun …. 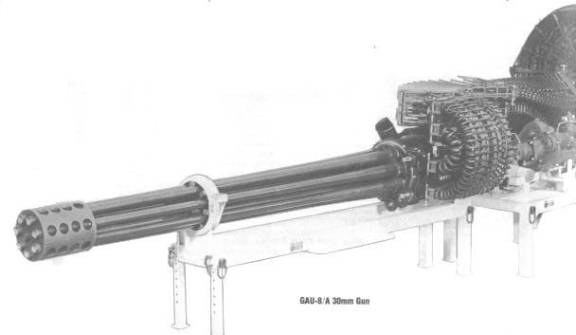 It was developed by General Electric, the “We bring good things to life” people.  It’s one of the modern-day
Gatling guns. It shoots very big bullets. It shoots them very quickly.

Someone said, “Let’s put it in an airplane.”

Someone else said, “Better still, let’s build an airplane around it.” 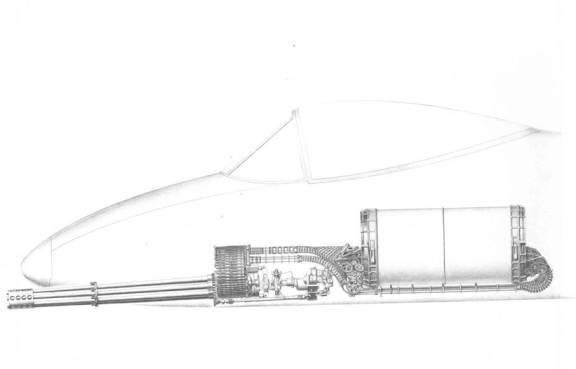 So they did. And “they” were the Fairchild-Republic airplane people.

And they had done such a good job with an airplane they developed back in WWII .

…called the P-47 Thunderbolt, they decided to call it the A10 Thunderbolt.

They made it so it was very good at flying low and slow and shooting things with that fabulous gun.

But since it did fly low and slow, they made it bulletproof, or almost so. A lot of bad guys have found you can
shoot an A10 with anything from a pistol to a 23mm Soviet cannon and it just keeps on flying and shooting. 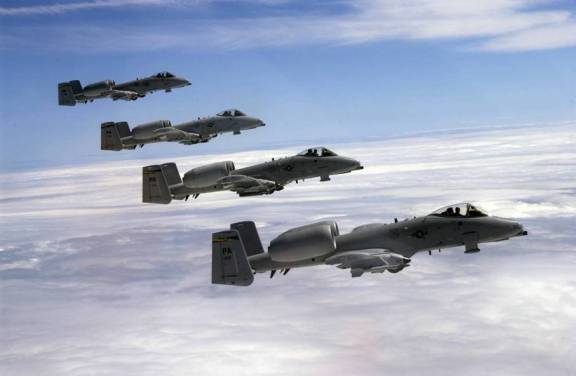 It’s not sleek and sexy like an F18 or the stealthy Raptors and such, but I think it’s such a great airplane
because it does what it does better than any other plane in the world.

Not only tanks, as Sadam Hussein’s boys found out to their horror, but armored personnel carriers, radar
stations, locomotives, bunkers, fuel depots … just about anything the bad guys thought was bulletproof
turned out to be easy pickings for this beast. 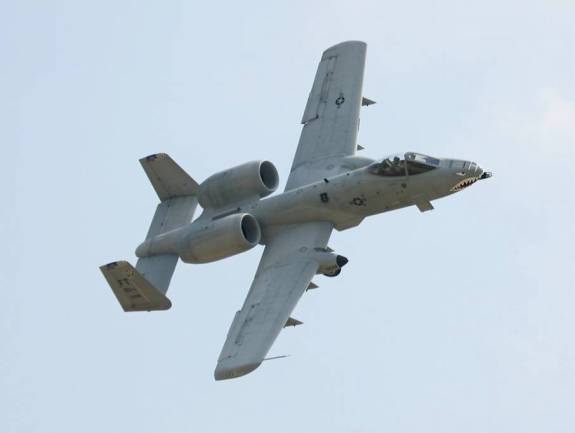 See those engines. One of them alone will fly this puppy. The pilot sits in a very thick titanium alloy “bathtub.”

That’s typical of the design.

They were smart enough to make every part the same whether mounted on the left side or right side of the
plane, like landing gear, for instance.

Because the engines are mounted so high (away from ground debris) and the landing gear uses such low
pressure tires, it can operate from a damaged airport, interstate highway, plowed field, or dirt road.

Everything is redundant. They have two of almost everything. Sometimes they have three of something. Like
flight controls. There’s triple redundancy of those,  and even if there is a total failure of the double hydraulic
system, there is a set of manual flying controls. 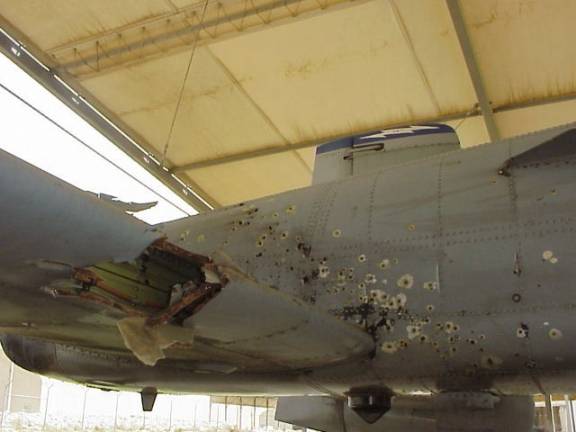 Capt. Kim Campbell sustained this damage over Baghdad and flew for another hour before returning to base.
But, back to that gun …

It’s so hard to grasp just how powerful it is. 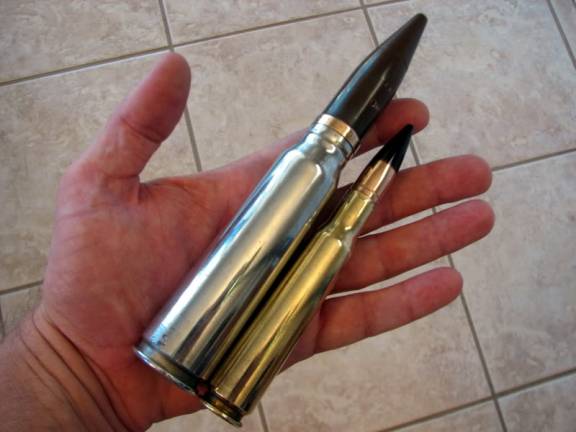 This is the closest I could find to showing you just what this cartridge is all about. What the guy is holding is
NOT the 30mm round, but a “little” .50 Browning machinegun round and the 20mm cannon round which has
been around for a long time.

The 30mm is MUCH bigger. 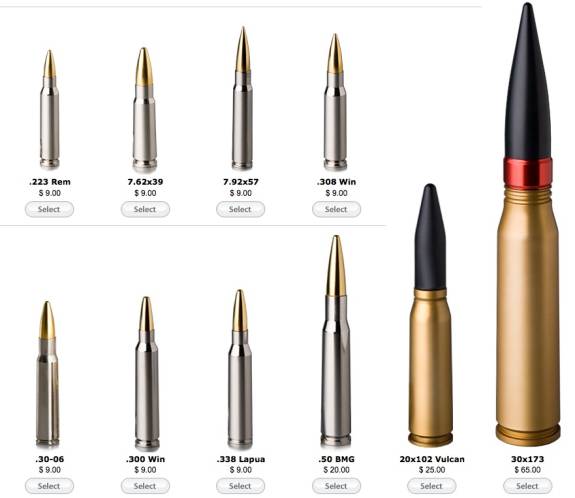 Down at the bottom are the .50 BMG and 20×102 Vulcan the fellow was holding. At the bottom right is the bad
boy we’re discussing.

The .338 Lapua is the king of the sniper rifles these days and shoots a 350 grain bullet at 2800 fps or so.
They kill bad guys at over a mile with that one.

The .50 BMG is really big. Mike Beasley has one on his desk. Everyone who picks it up thinks it’s some sort
of fake, unless they know big ammo. It’s really huge with a bullet that weighs 750 grains and goes as fast the
Lapua.

I don’t have data on the Vulcan, but hang on to your hat.

The gun shoots at a rate of 4200 rounds per minute. Yes, four thousand. Pilots typically shoot either one- or
two-second burst which set loose 70 to 150 rounds. The system is optimized for shooting at 4,000 feet.

OK, the best for last.

You’ve got a pretty good idea of how big that cartridge is, but I’ll bet you’re like me and you don’t fully
appreciate how big the GA GAU-8 Avenger really is. 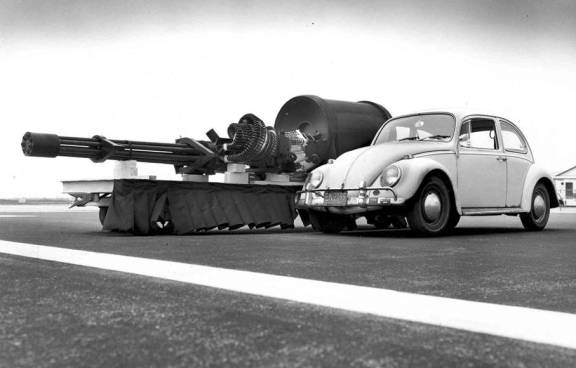 Think how impressive it would look set up in your living room.

Oh, by the way, it doesn’t eject the empty shells but runs them back into the storage drum. There’s just so
dang many flying out, they felt it might damage the aircraft.

Oh yeah, I forgot, they can hang those bomb and rocket things on ’em too, just in case.  After all, it is an
airplane! 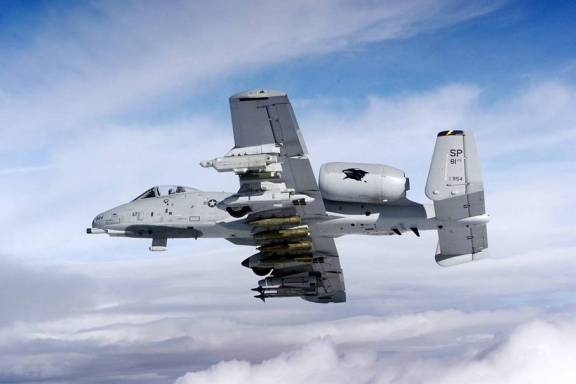 How to enable or disable call forwarding in iPhone 3G?