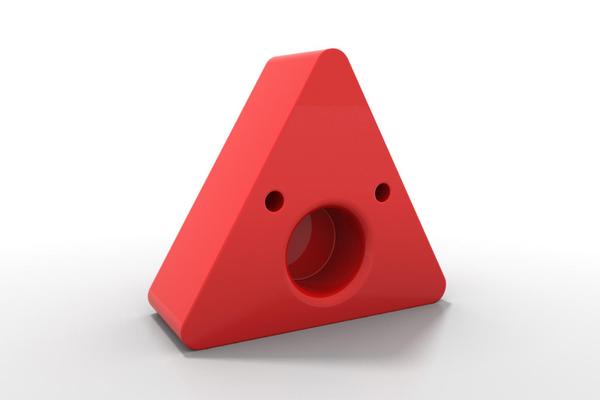 If you are a person that has siblings that will always go into your room and take out things without permission or have small children that you want to keep away from dangerous stuff, this new unveiled device will surely make your day.

Designer Tom Evans has created a gadget that can be positioned anywhere inside your house to monitor your personal belongings by detecting motion. The device called Sammy Screamer is a stylish triangular motion sensor that is able to connect to your phone via Bluetooth. It is small and able to fit in places such as in the corner of your room, inside drawers, and even on your doorknob. Once the sensor detects strange movements, it screams as an alarm.

The user is also able to control the intensity of the scream and the sensitivity of the radar to suit the motion sensors in accordance with what is being protected. For example, if you want to be notified when someone enters the house you will need to turn up the sensitivity to high, but if you just want to know if someone has moved your knapsack, you would probably want to put it at a lower level.

5 Great Gift Ideas For Your Dog On Their Birthday