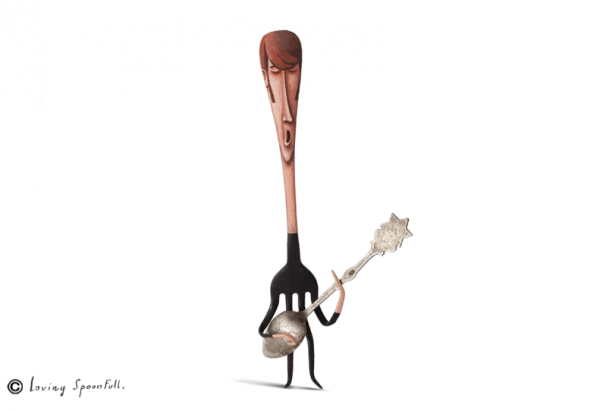 As a child (if you’re not one reading this right now), we all let our imaginations run wild. Some of us “create” mental adventures others just have imaginary friends. What if you were told their is an artist who attempts making objects come to “life” ? Well, French Artist Gilbert Legrand revealed a number of his masterpieces that have been modified with the faces of hilariously adorable characters that would have made you forget their original purpose. As Legrand lets his imagination flow, he paints small details onto the objects and makes additions such as faces, hands and legs.

This one entitled “loving spoonfull” includes a fork and a spoon, and is suppose to depict a man playing a guitar whereas the man is the fork and the spoon is the guitar. 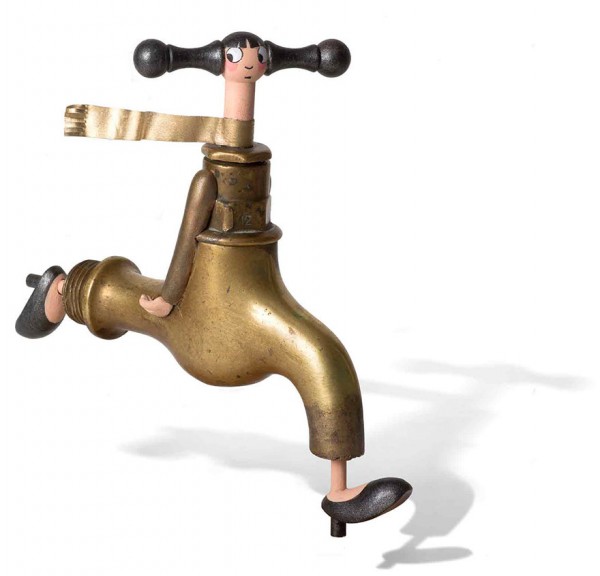 Here is a water tap that was painted to look like a girl that is walking. Legrand made some additions to this art as he gave the water tap a hand, feet and a scarf to make it appear that it was actually walking with the wind blowing. 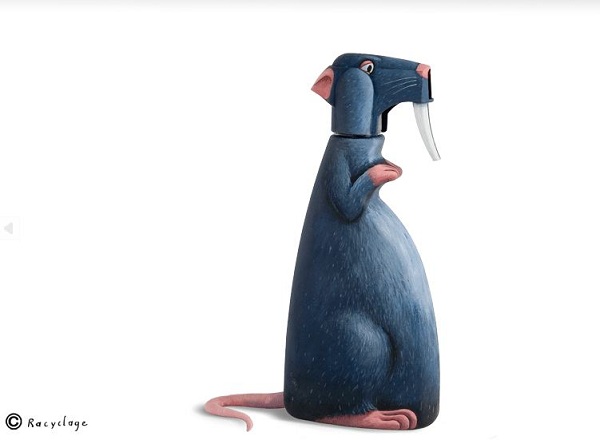 How sneaky! This artwork portrays a rat and was made using a spray bottle with the addition of a tail. It is entitled “Racyclage”. 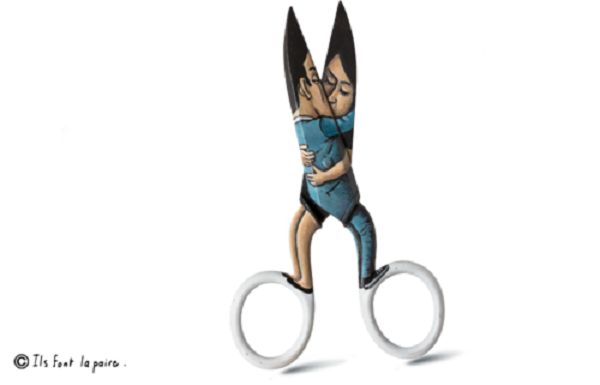 In this romantic sculpture, the artist paints a couple kissing on a pair of scissors. It is entitled “Ils Font la paire”. 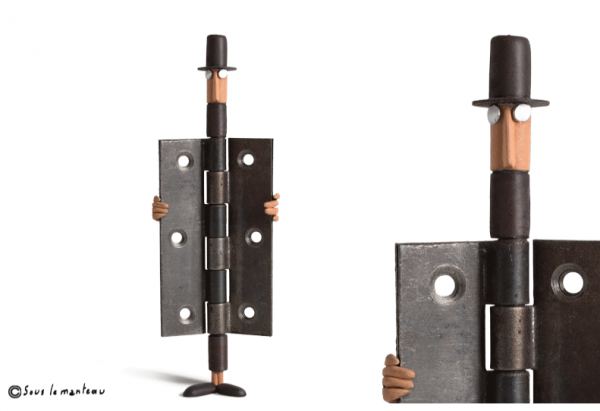 This one is entitled “Sous le manteau”. Legrand paints a shady salesman with an addition of fingers, a hat, and feet to a door hinge. 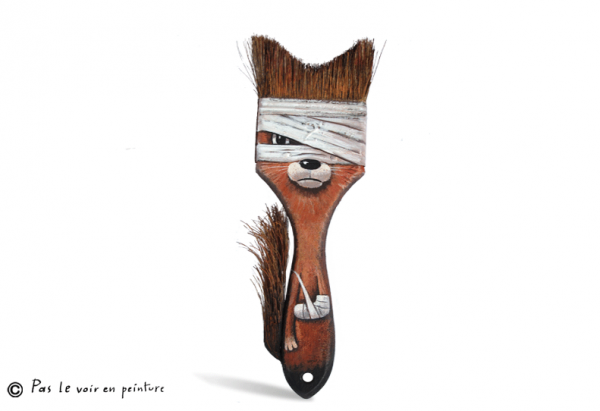 In this one, an injured fox was painted on a paint brush. Legrand calls this one “Pas le voir en peinture”. 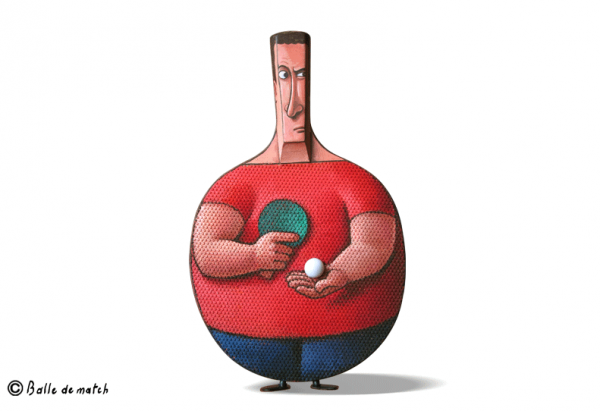 This painting features a stocky man holding a ball and a paddle, on a paddle. This one is called “Balle de match”. 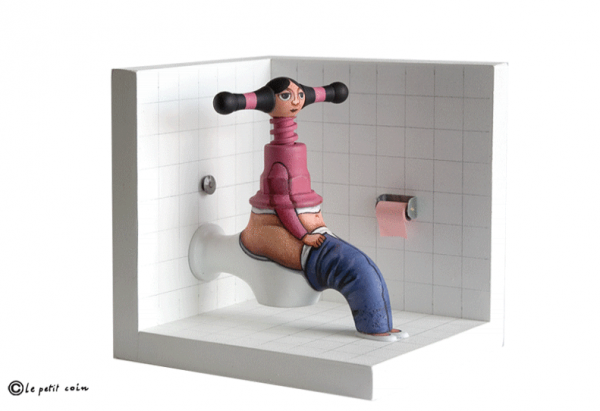 Here is another water tap painting and it depicts a girl sitting on a toilet. Legrand named this one “Le petit coin”. 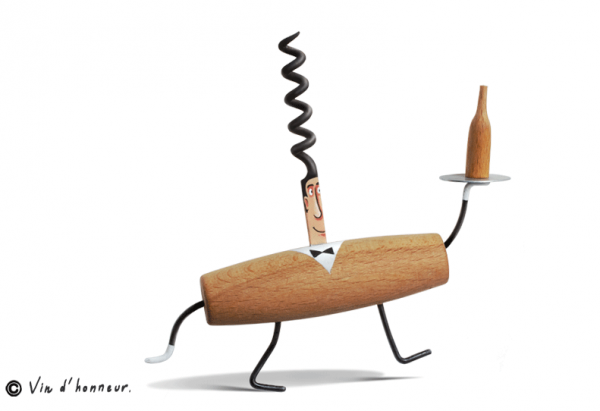 In this art, Legrand turns a bottle opener into a man with curly hair carrying a wine bottle on a tray. He calls this one “Vin d’ honneur”. 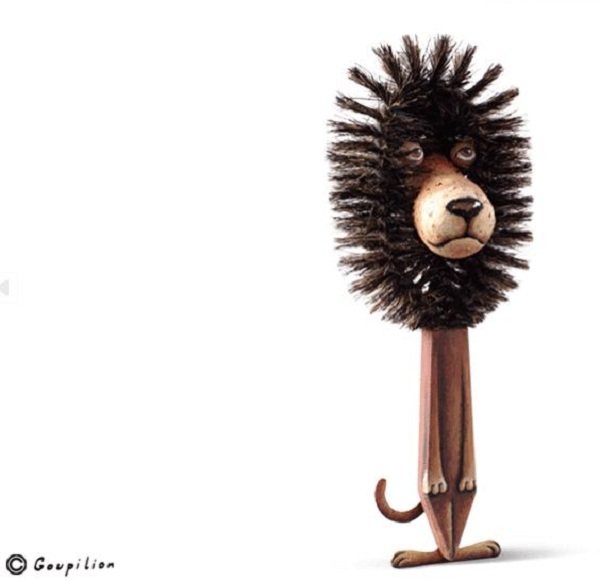 A cleaning brush was used to paint this lion. The artist also adds a face, a tail and feet. It is called “Goupilion”.

Cute Sensor Screams When Your Personal Belongings Are Moved