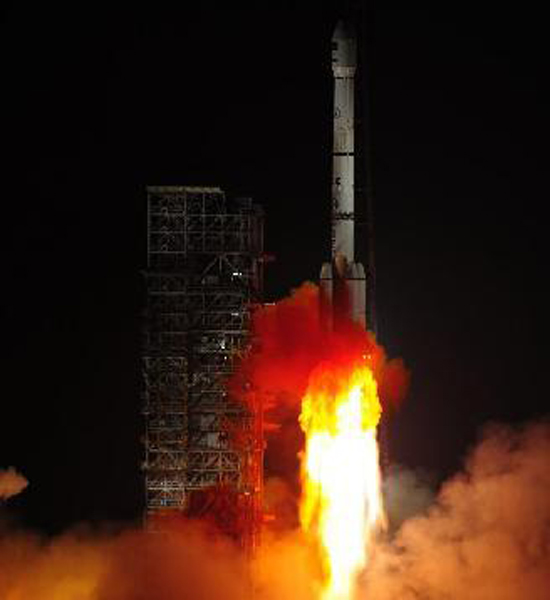 A communications satellite, PAKSAT-1R, has been launched by China for Pakistan at 0:15 am Friday from the Xichang Satellite Launch Center in Southwest China’s Sichuan province.

The satellite was carried by a Long March-3B carrier rocket, as per the launch center. It happens to be China’s first in-orbit delivery to Asian customers and also the first commercial satellite export to international users this year.

According to statistics from the control center, the satellite successfully separated from its carrier rocket and entered geostationary transfer orbit as scheduled, 26 minutes after the launch.

A wide range of services will be provided by PAKSAT-1R, including broadband Internet, telecom and broadcasting, covering some regions of Europe, South Asia, the Middle East, and the eastern Africa.

China and Pakistan share a long history of space technology cooperation. The contract for the development of PAKSAT-1R was signed in 2008 between China Great Wall Industry Corporation and the Space and Upper Atmosphere Research Commission of Pakistan.

Now you can download iOS 5 Beta 3 IPSW for iPhone, iPad and iPod touch

Top 10 Reasons to Upgrade to Windows 7