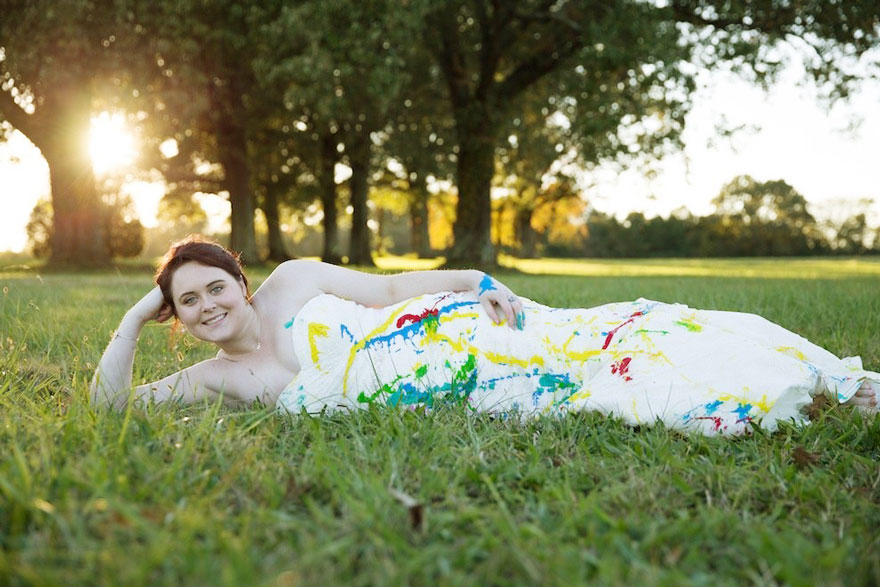 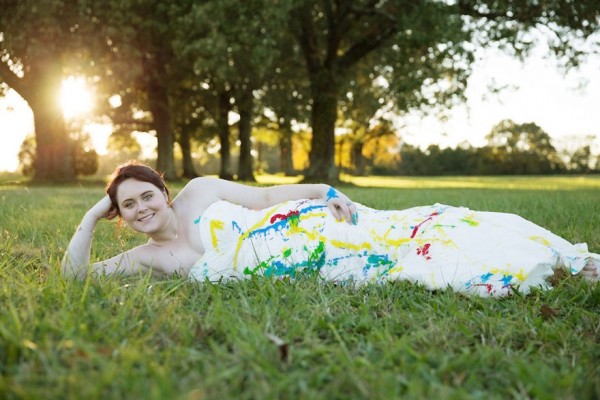 The worst nightmare that could ever come true for any woman who wishes to get married someday, is being left alone at the alter on their wedding day. Sadly, this woman was dumped 5 days before her wedding day by the man that she was in love with for three years. She found a great way to cope with it. Check out the story below. 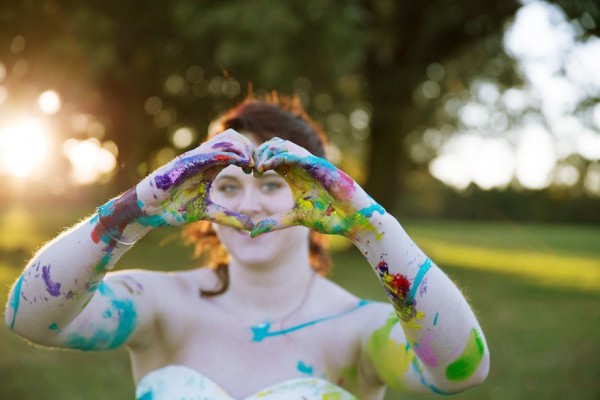 Back in 2011 while at college, Shelby Swink met her ex-fiance. Soon enough they were happily engaged with plans to be happily married on the 1st of November, 2014. Just one week before the big day of their wedding, Shelby’s fiance called off the wedding after telling her that he does not love her anymore. 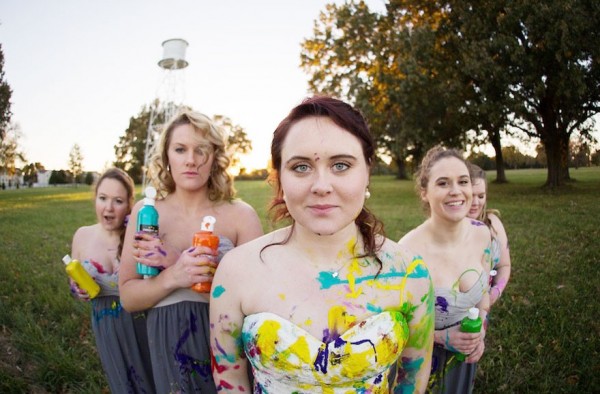 “Bam. My dreams of marrying and having kids with what I thought was the man I would spend the rest of my life with vanished,” she shared with Offbeatbride. “Nov. 1 was supposed to be a fun and happy day surrounded by friends and family who loved me. I decided that I would not let my ex-fiancé’s mistake of letting me go take that away from me.” 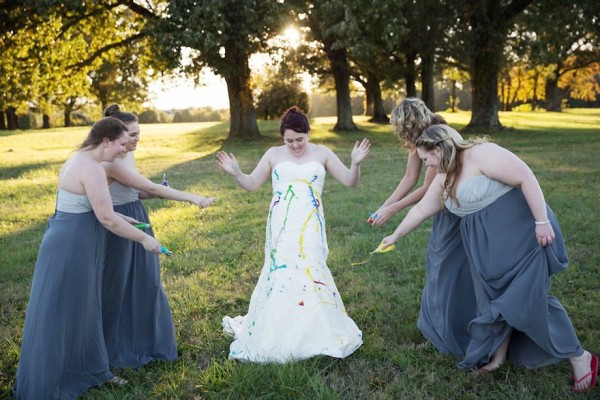 Instead of crying over lost dreams, the wedding photographer came up with a brilliant idea of having a ‘trash the dress’ photoshoot on the day that the wedding was expected to be held on. 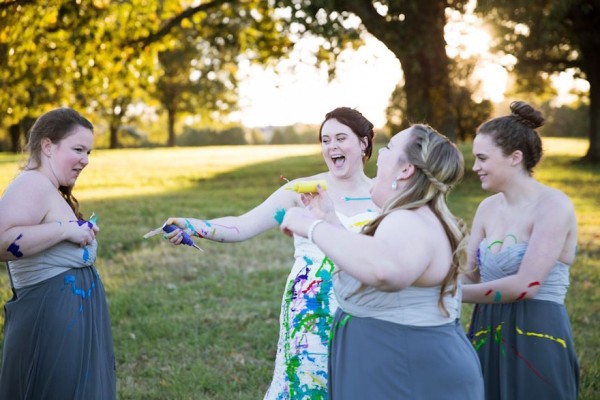 “The moment the paint hit my dress… I was free. All the disappointment, all the hurt… I just felt it leave me”, Shelby said. “My bridesmaids supported the idea 100% and even joined me in their own dresses.” 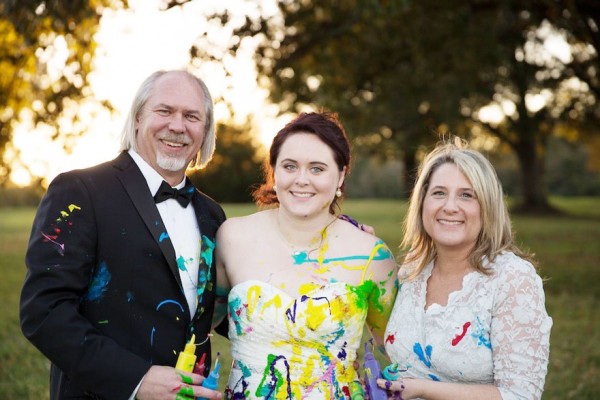 Her parent also agreed to join in on the photoshoot. 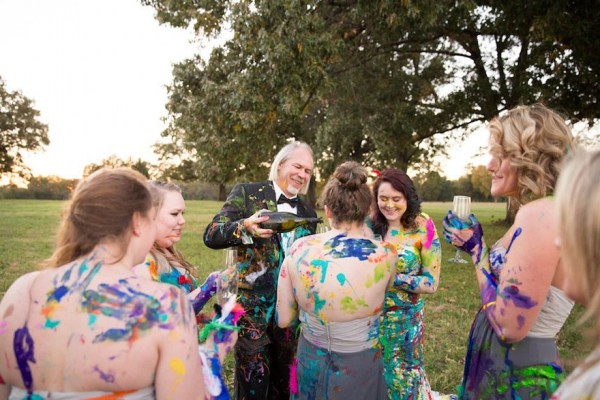 Shelby explains that her mom was the one who paid for the dress, and she was therefore nervous as to how her parents would react to the decision. She continued with felicity to say that they were 100% supportive and wanted to be there for her. 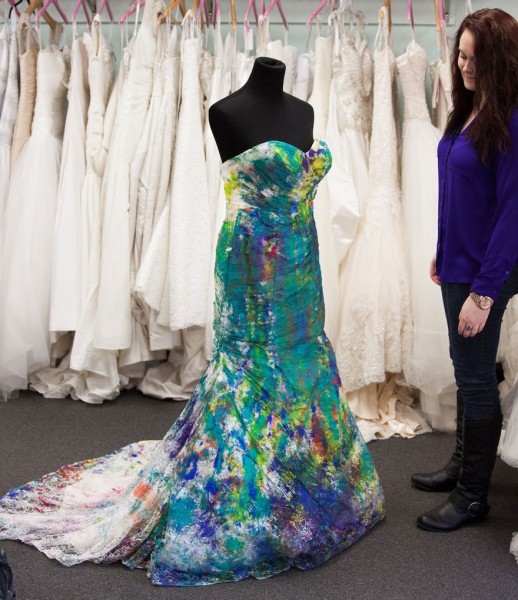 Now, Shelby’s dress is proudly being displayed at The Barefoot Bride in Memphis. Each time someone buys a dress while it’s on display, part of the money will go to a local nonprofit Be Free Revolution.