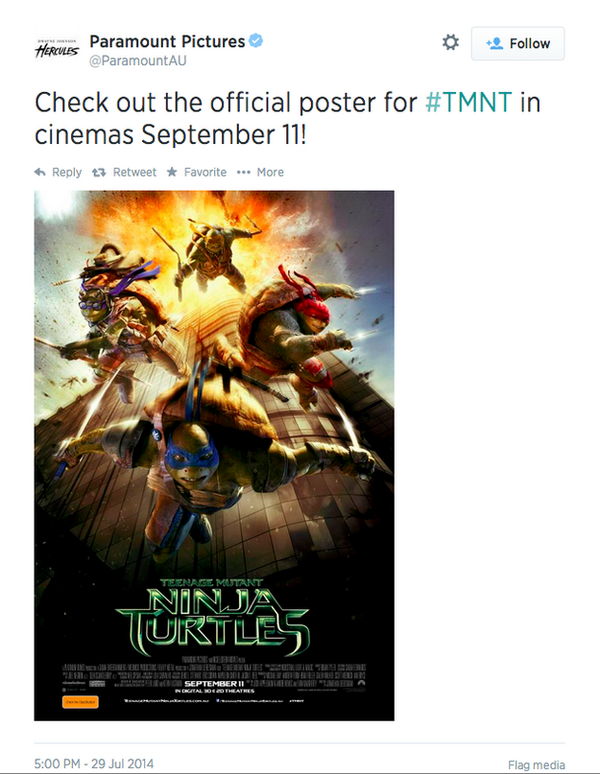 In the world of media and technology sometimes trying to get the message across can be “overcooked”. It’s all good when the creativity does exactly what it’s suppose to do and generally when it doesn’t materialize you simply start over. That was not exactly the case for Paramount Pictures which depicted the popular Teenage Mutant Ninja Turtles (TMNT) jumping from a building seared in flames with explosions aplenty.

In a now deleted tweet, the poster design was deemed a little insensitive for some and it was clear someone within the company did not get the “memo” as it relates to 9/11 with the poster “miraculously” displaying the “odd release date”  of September 11.

As you can see the design doesn’t exactly cover itself in “glory” and while the tweet may have been deleted, it was a little too late as is the usual case with social media.  Several tweets from users were quick to gather attention as they queued willingly to take a swipe at the company for it’s inappropriate use of such graphics. 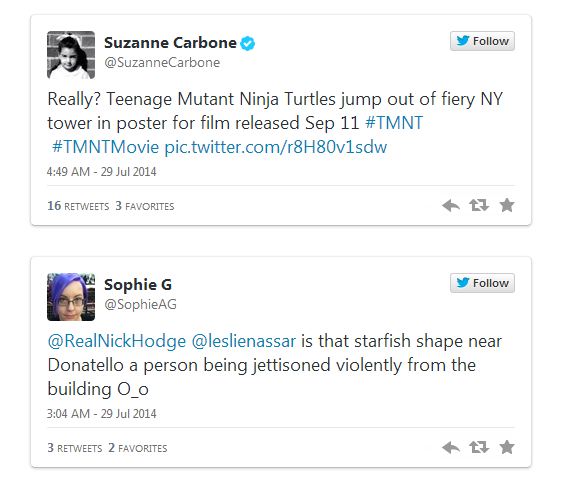 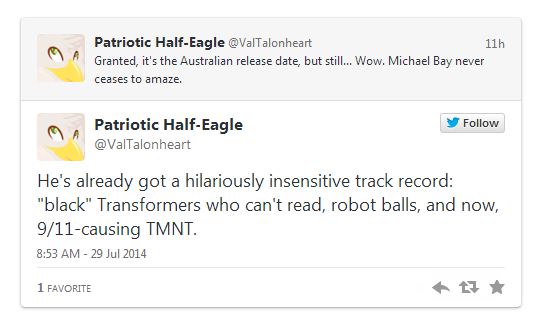 Fortunately, the damage was “minuscule” as it appears the early “extinguishing of the flames” ensured that this was not a more wide reaching catastrophe. It may make a few headlines over the next few days but the important thing is that the company corrected their mistake almost instantly.

Bride Re-Decorates Her Dress After Being Left At The Alter