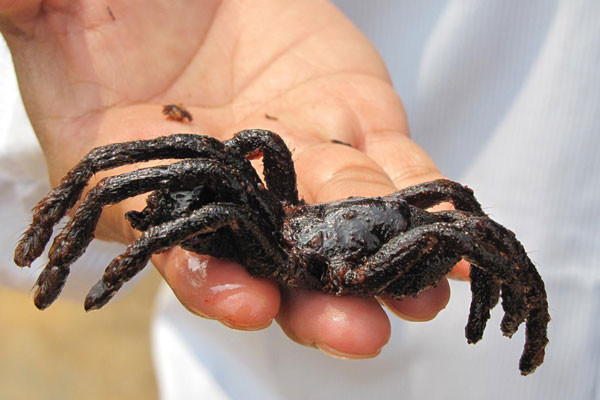 Bizarre Asian Foods –  One of the best reasons why one should visit Asia aside from its wonderful beaches and friendly people.

Each Asian place has a unique food to offer and although some of them look strange that you don’t even want to look at them, they all taste uniquely good.

Here we came up with a list of Bizarre Asian foods that only those who are courageous  will experience their oddly satisfying tastes.

A popular street food in the Philippines, balut is a developing egg of either duck or chicken that’s incubated and boiled.  It usually ranges from 16- 21 days old and the older it gets, the more visible the chick is (obviously).Balut is usually eaten with salt and coconut vinegar and sold at night (guess you know why) . Number 16 is the most popular as it still contains “chick soup “which adds to its ‘unique taste’.

Balut is not only popular in the Philippines but also in other SE Asian countries  such as Cambodia, Laos, Thailand Vietnam and China.

Many Philippine restaurants have already made versions of local dishes out of this.

A popular viand in the Philippines , chicken feet adobo is best paired with rice.

There are a lot of ways to cook it  and another popular dish is adidas – a barbecued chicken feet.

This is also a common sight in  Chinese restaurants but cooked in a different way. Although this may look odd, this tastes really good and are known to have health benefits. For one, it  can make you look young. That should more than enough to convince you to try this.

If you think balut and chicken feet would be the top two Bizarre Asian Foods that you are yet to taste, wait until you see and taste these fried bats from Thailand.

Farmers gather these creatures everyday and boil them to remove their furs and chopped  before they’re deep fried.

Yes, they may look scary but some say they got a familiar taste. They taste almost the same as chicken.

A milt or sperm sac of a male fish (most common is Cod) is made as a main ingredient of this sushi in Japan called Shirako.

Shirako translates to White Children . It tastes like custard although not that sweet and almost tastes like tofu.

Although it’s pricey – it’s considered as a food to look forward to and Japanese people are willing to pay a high amount for the experience.

This crawling creature that you don’t want  to have a close encounter with is actually a famous snack in Cambodia. It’s  usually cooked with sugar and garlic and  sold on the streets for a couple of cents. Many Khmer women believe that eating this creature  will make you beautiful- so yes, grab a bite. This food became famous during the time of Khmer Rouge when Cambodians depended on it for survival. Thanks to the fact this it is rich in protein, folic and zinc.

That so far are the Bizarre Asian Foods included in our list. Now, pack your bags and start your Asian food adventure. Post some pictures on Instagram and we can’t wait to hear your stories soon! Watch out for our next food hunt! Who knows one of your local foods may be included in our list!
previous post