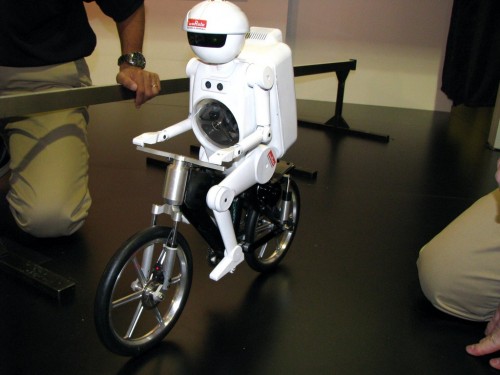 Murata had been famous for bringing lives to robots considering the facts that they do the same things as human do which could either way be used to amuse or assist people. Where by Murata had really impressed a lot of people out their by their Murata bicycle Robot and Murata girl. People got amused and impressed by the performance of their creations, the bicycle ridding robot all works due the huge gyroscope present in them which allows them to balance their movements.

The remote control allows user to operate the bicycle robot which can move them in all directions plus the control of head movements is also introduced in them which really look pretty cool. The cycling Robo is called Murata boy. There is also a camera integration of robot with user who can see the obstacles and turn its way. Moreover the the robots are also introduced with the intelligent sensing. 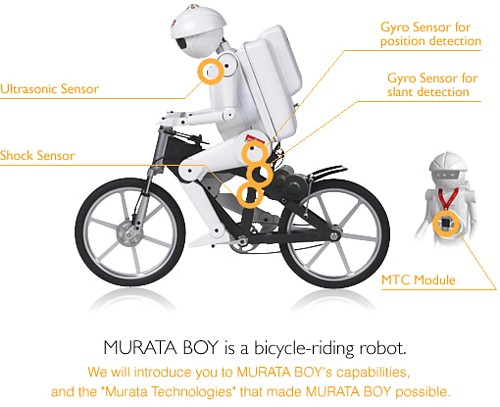 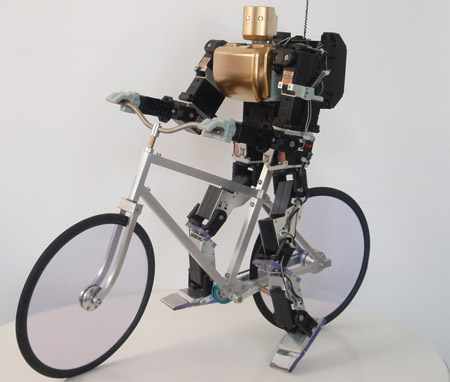