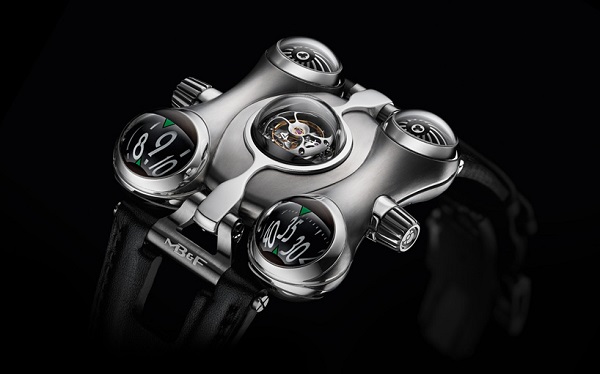 Watch company, Swiss, unveiled a new limited-edition watch that is able to work in ‘outer space’. The new watch called HM6 Space Pirate, has a design which is based on a spaceship being piloted by the 1970s fictional character Captain Future. Although it boasts a unique and unusual design, watch and outer space enthusiasts might hesitate to consider adding it to their collection because of its hefty £150,000 ($230,000) cost, but on the other hand might also be tempted to get it no matter the price as only 50 units were made. 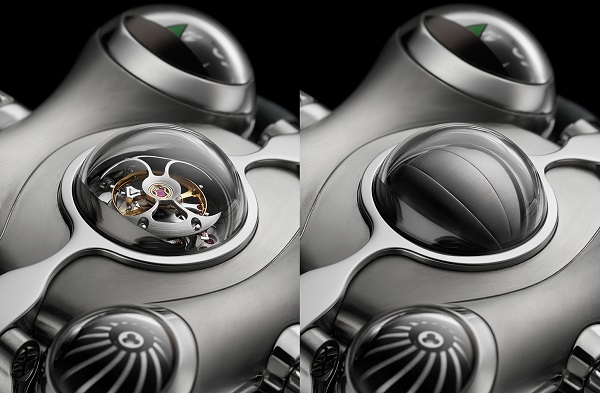 In order to withstand the effects of gravity, the watch uses a technique known as tourbillon. It is therefore also able to be used in a weightless environment, such as on board the ISS. The timekeeping element of the Space Watch, namely the balance wheel, is mounted inside a rotating cage. The cage rotates constantly in order to keep the time on the watch accurate, for situation such as if it were to be used on the ISS. 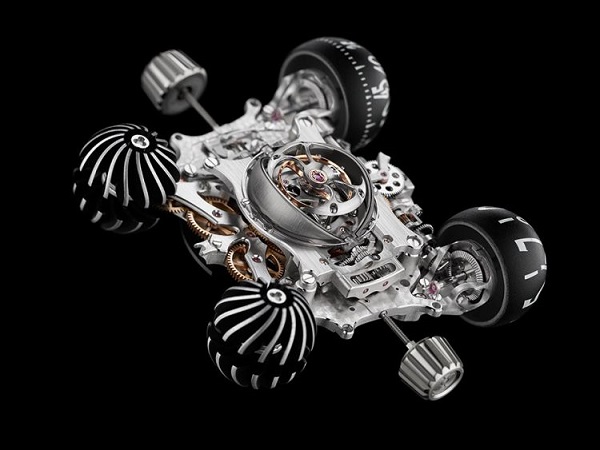 The central sphere of the watch that keeps track of the time is covered at the bottom and top by transparent sapphire-crystal domes, alike the other four surrounding domes. It also features a retractable dome that can protect the timekeeping elements from ultraviolet radiation when it is being worn in outer space. Two of the spherical segments rotate to display the hours and minutes.

To reduce stress and wear on the gadget, two twin spinning spherical turbines used to regulate the winding system are placed at the back. The entire watch is made up of a total of 475 components, 80 of which make up the case. 68 jewels are also embedded in it.

“Space is an extremely hostile environment,” the firm said in a statement. “To survive you need protection against powerful accelerations, dangerous thermonuclear radiation, extreme temperature fluctuations and constant risk of unexpected collisions.”

Ace Your Next Digital Conference Interview