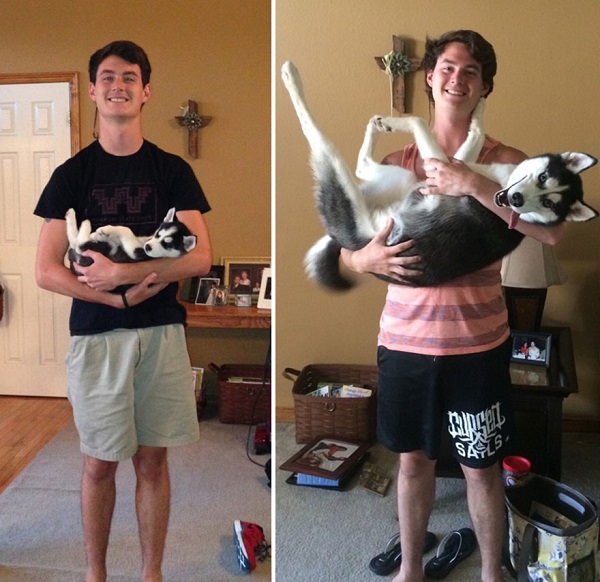 Dogs are truly special friends as for the years that the grown-up with us, they make us feel like we are never alone. Sometimes when you talk to your dog you would feel like they understand you as like a child they hide away when you call them bad, and when you say ‘treat time’ they would jump for joy, and that makes us form a special bond with our dogs. The spectacular thing about dogs is that they grow-up so fast and sometimes so big in such a short space of time that you probably would not realize unless you’ve actually reminisced on when you first got them or look at dated pictures of them. Some people have decided to share before and after pictures of themselves and their dogs. Check out some of these adorable photos below.

I guess this Alaskan Malamute’s  name is ‘Cuddles’, because he loved to be cuddled since he was a pup. 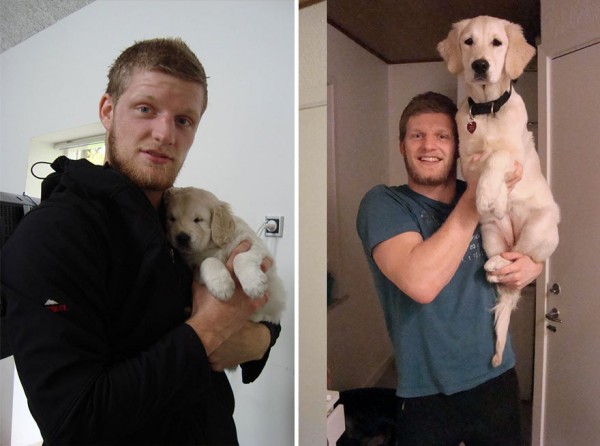 This Golden Retriever went from the papa’s boy to the boy’s papa.

This soldier named Donny found his pup Smoke while deployed in Afghanistan. The second image was taken 5 months after he was found. 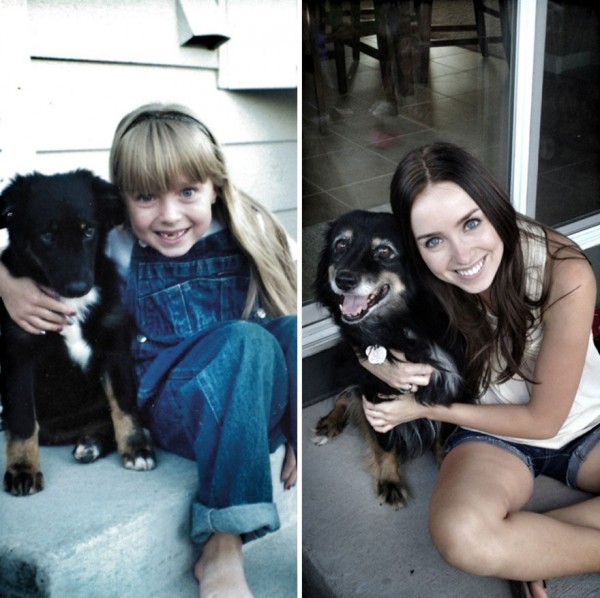 This dog has been with his owner from since she was a little girl. Fourteen years later and they are still the best of friends.

The first image was taken 13 years ago, but when compared to the second image you probably would not be able to tell that because unlike his owner, he is tiny and fluffy just the same! 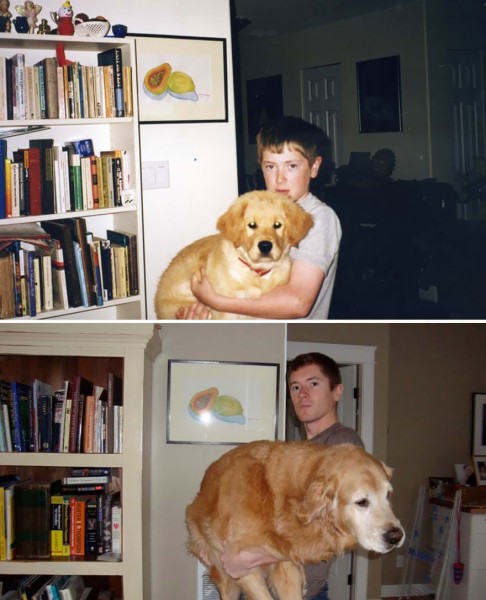 This dog named Midas, was still almost too big for his owner to hold him. Hey! even the papaya painting stuck around to watch them grow. 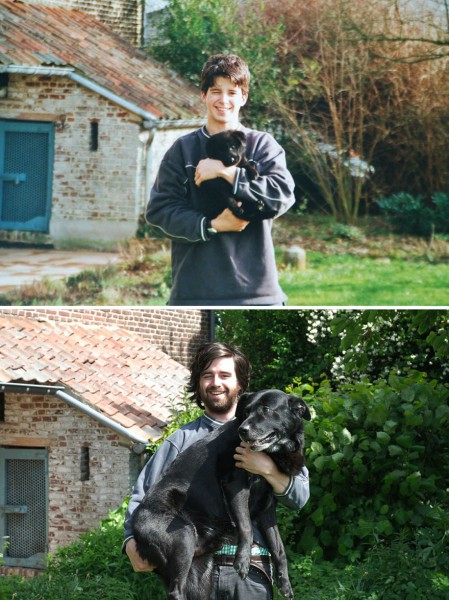 At the same place, in the same clothes and with the same furry friend that was with him 10 years ago.

Malloy Aeronautics Hoverbike: World’s First flying Motorcycle to do the Job of a Helicopter

Self Regulating Cup Gives Your Coffee The Perfect Temperature