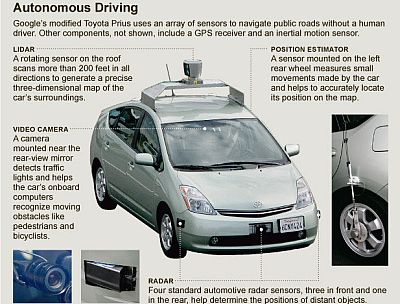 The Jetsons weren’t just cartoons for children, they were the image of what we imagine, or rather wish, our future world to look like. Hover vehicles, robots doing everything for us and almost everything happening at our whims and fingertips; wishes of a lazy society like ours. Sure, we have phones that handle our appointments, pocket sized personal computers, the miracle of flight, wireless connectivity and electricity, but it all seems little consolation of a world in our minds that promises anti gravity cars, human life on Mars, robots to wipe our butts for us and all the other insane luxuries our thankless, lazy minds conjure up. Well, here we have compiled a list, of the top ten inventions most of us wish we could have available at the nearest Walmart or online.

You drive like a real pro, like you live in those Fast and Furious franchise movies, and you revel in it. The perfect gear shift, the perfect swerve and the amazing turn, but you can’t do all of that and still be able to text your girlfriend about how much you love her or your friend about how hot was that girl was that you saw at the last intersection. And for those hard working professionals who rarely get the time of day to grab some rest, dozing off while driving is really not the safest thing to do now is it? So it is quite clear that us humans are a flawed part of an automobile; we cause accidents, we doze off, we text and drive, we go beyond speed limits and well, cause a multitude of deaths due to our careless nature. That is exactly why scientist have been working on automated highway technology for decades. In the 1990’s, the US Department of Transportation started the National Automated Highway System Consortium which successfully showed the potential of radar and magnetic and visual sensors to allow test vehicles to navigate a specifically prepared stretch of road.The Defense Advanced Research Projects Agency of the US also started an automated vehicle research and development program which saw robotics teams from all over the US to compete through the development and testing of automated urban vehicles. One of the leaders in robotic car technology, Google, is now set to change the way we travel. Since the mid 2000s, their scientists and engineers have been working to develop software that uses AI and Google Maps to navigate. Their prototypes have reportedly driven to 200,00 miles in tests and amazingly, these cars have never been involved in any sorts of accidents while in robotic mode, except for one incident where one of their cars was involved in a five car collision in August 2011 but it was being driven by a human driver rather than being on robotic mode. More research is still required, but its still not clear while ordinary folk will be able to buy a car straight out of a sci-fi fantasy. 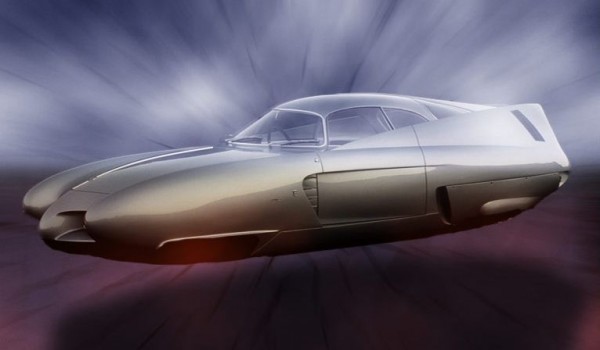 The Jetsons, Total Recall, every other sci-fi flick has showcased the fantasy that we all have of a car that flies, not a plane, but a car. Let’s face it, we already have jets flying in the sky, we can pilot those jets, fly in them, travel through half the world in them, yet something is still missing, its just not a car. The idea is to have a car that rolls out wheels on the road yet can also fly when and if need be, with anti gravity technology and highways in the sky, its just so appealing. Although to be able to manipulate anti gravity would vastly transform transportation, the idea is a major taboo among researchers due to various hoaxes and bogus claims. Still, serious minds are working to work out a way to explore the possibilities of anti gravity. We’re still fantasizing about the technology though, and it remains a thing in the future if it ever happens.

The deep blue sea has always presented us humans with mystery and wonder as to what lies beneath the vast oceans and seas that cover a majority of the Earth’s surface. With advancements in technology, our understanding of the great depths has expanded but there is still so much that leaves us baffled and filled with awe. We don’t fantasize about finding Ariel the Mermaid or the city of Atlantis, but we instead dream about building entire cities of huge skyscrapers and modern technology underwater; like an underwater New York City. The idea was first realized strongly in the early 1960s when the Conshelf Project and the US Navy’s Sealab collaborated and conducted tests on the ocean floor, test that proved humans can live and work underwater; subjects maintained underwater gardens, constructed small structures and lived as aquanauts. But even after five decades, the dream remains a dream. Why? Because while we can live underwater, life is not easy or cheap, and its certainly not necessary.

Converting song in to ringtone in iPhone