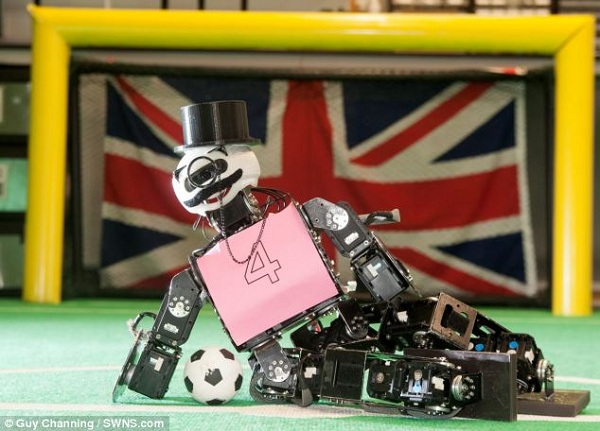 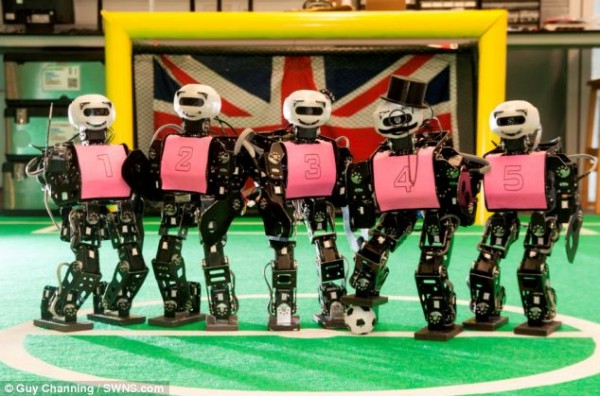 While Brazil’s World Cup is in full gear, teams of robotic players are also busy battling it out on a pitch in a less well-known football tournament that is taking place in Brazil this summer. A team of five humanoid ‘Drake’ robots are competing with other robotic teams from across the World to be in with a chance of lifting the 2014 RoboCup trophy. The event kicked-off on the 21st of June in Joao Pessoa, Brazil. 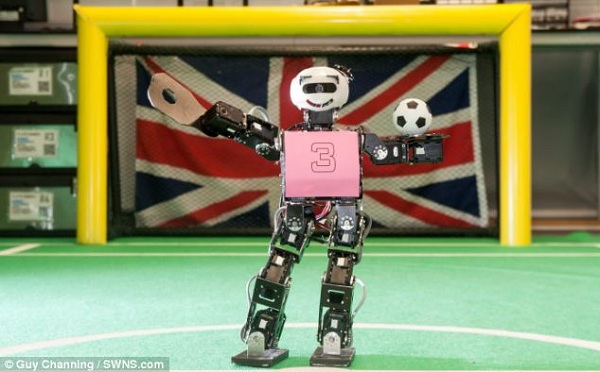 The RoboCup began in 1997 with the aim to ‘develop by 2050 a Robot Soccer team capable of winning against the human team champion of the FIFA World Cup’, as its website states. The rules of the competition all comply with the rules of FIFA.

Participating teams include  USA, Japan and China among other nations who play 5 games each to determine the worthy champion. 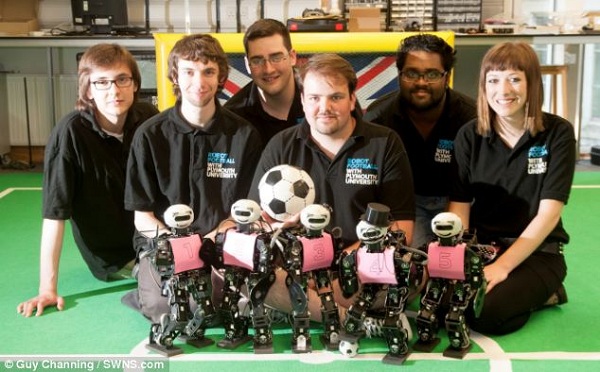 A team of students from Plymouth University in the UK are also participating in the competition with robots that were made using cutting-edge technology.

‘We have some fantastic new additions to the robots for 2014 and are heading to Brazil with the realistic ambition of at least finishing in the top 10.’ said Dr Phil Culverhouse from the University’s Centre for Robotics and Neural Systems.

The robots have all-player tracking, a new inertial motion unit with which to navigate, as well as new gait design to help them manoeuvre and kick the ball with ease. They are also able to communicate with each other during the game using Wi-Fi.

The team of robots each carry a special look such as one player that sports a monocle, top hat and moustache.

‘RoboCup is the pinnacle of robotics competitions and a great opportunity for us to demonstrate Plymouth’s expertise in the field to a global audience,’ Dr. Culverhouse stated.

‘It is also fantastic that we get to experience some of the World Cup fever currently gripping Brazil and are hoping to cause a real stir among our fellow competitors and fans at the event.’

Celebrites You May Not Know Were Related

Paintings or Real Life? See, Analyze, and Decide For Yourself