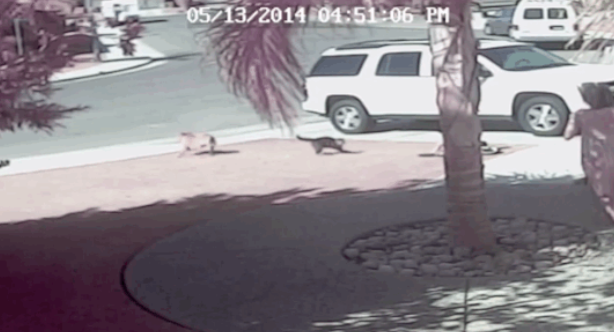 Let’s take a break from those adorable cat videos and draw all our attention to this cat video that’s truly worth seeing.

In this video uploaded by the boy’s father, Roger Triantafilo, the 4-year-old kid was seen playing on his bike when a neighbor’s dog suddenly attacked from the back and even attempted to drag the boy down by his leg. Thank heavens for the family cat, Tara, who appeared just in time and rushed straight to the dog and even ran after him a bit afterwards. This brave and fearless act by the cat definitely saved the boy from having a more serious injury. Thank goodness that the boy only ended up with a few stitches, but unfortunately, several reports have said that the dog was then picked up by animal control to be euthanized. Still, major props to the family cat!

Lucky Couple Won The Lottery Three Times In One Month!