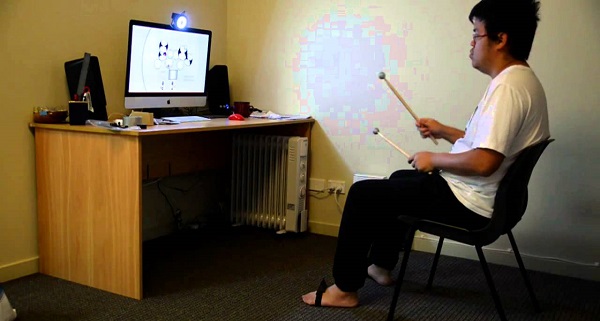 Many drummers can tell you, it’s not easy being a drummer. For one, having to deal with neighbours about the noise produced and having to hire a van to carry the lugging kit around makes you have to wonder if it was better that you chose to learn the guitar or piano that still might be heavy but can be taken around in one case. A team of British inventors have however came up with an idea as a solution to the problem with their new ‘invisible’ drum kit invention called AeroDrums. The device is able to make musicians produce sounds as if they are playing actual drums using real-time motion-tracking technology. 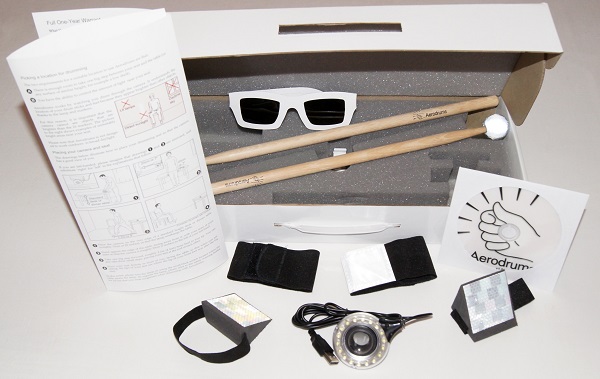 The co-inventor of the system, Richard Lee, said, “I had to stop drumming when I went to college because of noise and lack of space. Now I can carry AeroDrums in my shoulder bag and my neighbours can’t hear me drum when I wear headphones.”

The user playing the AeroDrum is however required to wear reflective strips on their feet, and hold drumsticks with reflective panels at the end to make it easy for the system follow movements. The movements tracked by the strips are then recognised by a Sony PlayStation 3 eye camera which will convert them into sounds produced by a drum synthesizer. 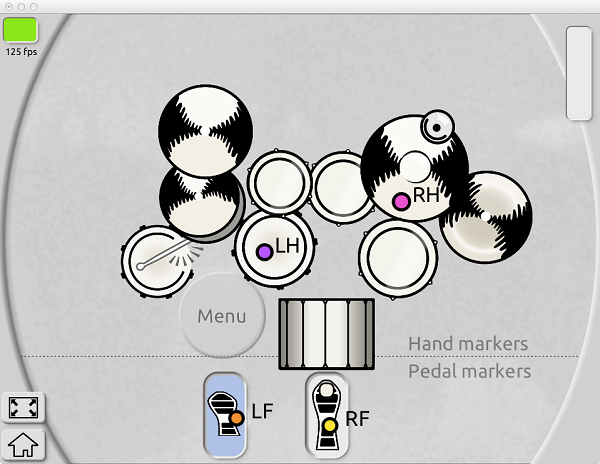 Another one of the creators, Yann Morvan, said, “We’ve talked to many teachers, and some told us a couple of things that bode well for practising with AeroDrums. They tell students to steer clear from high rebound surfaces when practising, for fear of relying too much on rebound; and a few encourage those who don’t have a kit to air-drum between lessons.” 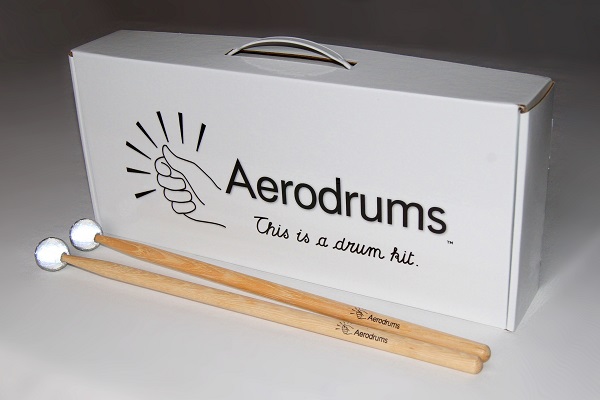 Even the AeroDrums kit has many advantages, the Edgeware-based team has admitted that the gadget does not work well in sunlight and difficult lighting conditions. Professional drummer can also enjoy the benefits of using the AeroDrum as it is made configurable and can include up to five toms and two bass drums. As the player plays out the gestures, he/she is able to see their virtual drum kit set up on their laptop screen infront of them.

The kit which includes the sticks, stick tips, reflective strips, the camera and software is currently available on Amazon for $160 or £100.