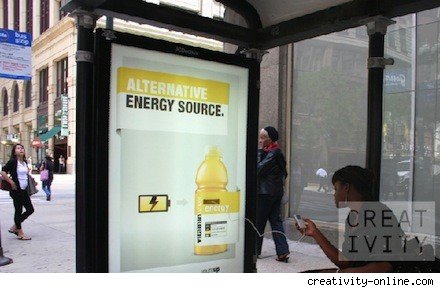 You need not worry about your iPhone or iPad battery on its last legs the next time you’re waiting for that bus that is really, really late. Thanks to a creative ad company and the Vitaminwater brand, bus shelters in quite a few American cities are being equipped with a USB port for charging. 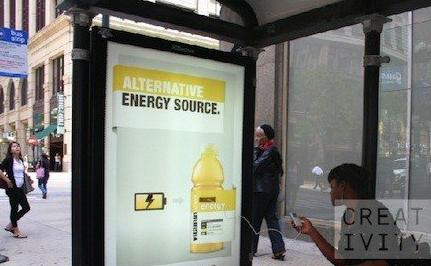 Currently, the shelters are in Boston, Chicago, Los Angeles, and New York. Ad agency Crispin Porter + Bogusky, which is unfortunately the same firm that brought us the Microsoft “I’m a PC” campaign, is using the tag line “Alternative Energy Source” to explain both the Vitaminwater product and the function of the bus shelter plug.

charging kiosks have been set up by Samsung in many airports for a number of years, so the concept isn’t precisely new. But yes, this is the first time that charging has hit the streets, more often than not one place that you really need to plug in and charge up. Indeed, it would be great to see more advertisers providing this sort of public service, giving their products and potential customers a plug.

How to Lucid Dream