The MiG-31 Foxhound was produced as an upgrade and a more advanced flight than MiG-25 fighter. The MiG-31 made its maiden flight in the year 1975. The plane outdated MiG-25 as it was bigger faster lighter and capable of flying at supersonic speeds, even at low altitudes. It entered into service in the year 1983 equipped with better engines as well as advanced tracking devices.

In 1959 Soviet Union was making attempts to deploy an aircraft capable of competing against U.S. aircrafts such as Lock heed SR-71 as well as North American XB-70. The idea took its real form in the year 1964; MiG-25R Foxbat took its first flight. In 1969, a law signed allowing the testing of plane scouting activities. In 1972 the design served Soviet Air Force, the plane is equipped with an automatic fire control system as well as great radar later including look-down shoot-down radar after 1980 when all of the MiGs were updated. The MiG-25R Foxbat is also able to bomb stationary targets using free fall bombs from 65,000 ft. up while traveling at a supersonic speed. There was also a system installed that allowed the plane to drop 10 bombs at one time.

The SR-71 Blackbird was introduced in1966 but even today, after four decades, it stands as the fastest manned reconnaissance aircraft. SR-71 was mainly designed by Clarence “Kelly” Johnson who has an important position in aviation history but it was manufactured by Lockheed. The plane was first flown on December 22, 1964, and was able to enter service in January 1966. U-2 reconnaissance airplane was highly susceptible to Soviet air defenses due to its speed and ability to claim to higher altitudes thus making SR-71 a must have, as it was able to fly at speeds of mach 3.2 or more and was much faster and was equipped with capabilities to escape attacks. In fact, the plane was never downed by an enemy. Rather out of, ever made, 32 SR-71 aircrafts only 12 were destroyed in accidents. The plane was painted with a new technology paint that did not allow it to be easily recognized with radar. The overall shape of the plane also made it one of the first stealth-technology airplanes.

Today SR-71 is not found flying amongst the clouds. Instead, more than likely it can be found in a museum, or if work for Lockheed in Palmdale then can find three of them locked away. It can also be found at Air Force bases in Tucson, Arizona; Edwards Air Force Base in California; Kalamazoo, Michigan; Eglin Air Force Base in Florida; as well as various museums in California, England, Ashland, Nebraska, Ohio, Utah, and Virginia.

The SR-71 was permanently retired in 1998 when it became clear to Congress and the U.S. Air Force that the plane was highly expensive to maintain and operate. Despite being retired for the first time in 1991, Congress decided to reactivate a small fleet to be used because of its much use during the Cold War. SR-71 had all the amazing qualities like an advanced radar system and a data link able to send out real time images, still it was grounded in 1998 for good. 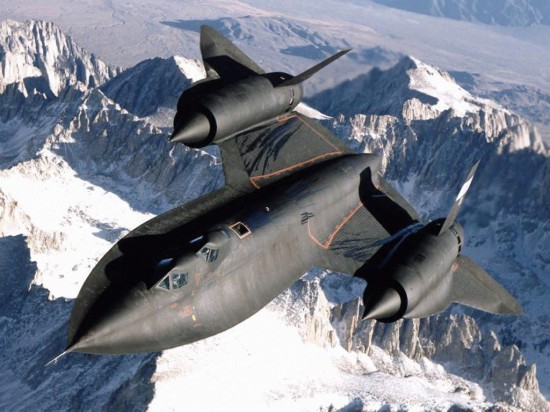