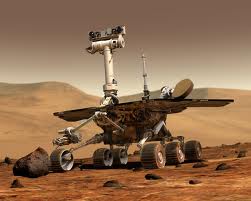 Thanks to satellite and microscopic imaging we know more about and are able to do more for the world than we ever have been before. Here are just some of the discoveries and advances we’ve been able to make lately thanks to these technologies:

Once upon a time the mapping of the human genome was seen as a far off goal. That’s been accomplished and now scientists are looking at specific human proteins. One company in particular, Abgent, has focused on this area of study and is in the process of developing an antibody for every human protein. The scientists at the company say that they could accomplish this goal as early as next year.

What does this mean? It opens dozens if not hundreds of doors in medical research, not the least of which is advancing the treating and potential curing of diseases.

Not only can we now land on Mars, thanks to telescopic imaging and satellite relay we can watch the landing in almost real time (there is a thirteen minute delay between Mars and Earth) as it happened and see exactly what the Mars Curiosity rover sees as it explores the planet. We can almost literally look through the eyes of Curiosity as it does its tasks, tests soil, rocks and air and sends data back to Earth. The high res images Curiosity sends back of the Martian landscape are the most detailed and highly defined that we have ever seen here on Earth.

Why is this important? Beyond the coolness factor, what Curiosity is doing is giving us ample evidence for whether or not we could send a manned mission to Mars and bring it back. If Curiosity is able to find something that astronauts can use as a fuel source, we might be able to see man set foot on Mars in our lifetimes.

Right now the most famous NASA Space Telescope is Hubble. Unfortunately, though still traveling in space, the Hubble telescope is getting old and starting to decompose, as is the other deep space telescope, Spitzer. The James Webb Space Telescope is designed to replace them and is being built to go farther and see farther than the telescopes it is succeeding. This is expected to revolutionize the field and lead to gamut of astronomical discoveries.

The primary difference between the JWST and Hubble is that the JWST is going to be focused on infrared observation. It will also be able to see farther than Hubble or Spitzer. NASA Scientists say that it will be able to potentially see almost all the way back to the Big Bang (aka the beginning of the Universe). The things we could learn by being able to see almost to the dawn of our Universe is going to be astounding.

These are just three of the ways that science has advanced in the field of imaging. It’s more than being able to detect quarks, look into the building blocks of protons and neutrons and understand how to turn other cells into stem cells. While in our daily life, the imaging impacts us only in as often as we use our GPS services and Google Satellite to see the places we want to explore—in the world of science and truly understanding our universe, we are closer to that than we have ever been.