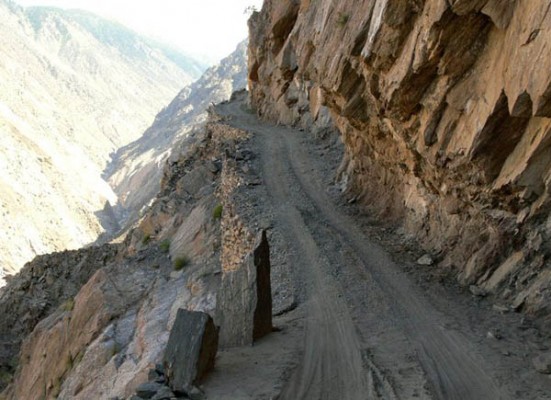 The top ten Dangerous Freeways listed, the adventure begins here, if you survived you are definitely very lucky indeed.

Grand Trunk Road was built by Sher Shah Suri during his reign; the main purpose of this GT Road was to connect Agra the capital of India with Sasaram his hometown. It was soon extended to westwards Multan and eastwards Bengal. The GT Road is still the legacy of his great dynasty.  Geography has intended the GT Road to play a function in the past of India in every age. Since the Aryan assault of the subcontinent and the Thar Desert onto the Gangetic plain, has served as a passage for the association of voyagers, goods, armies, and ideas. Hinduism, Jainism, Sikhism, and Buddhism all developed in its vicinity, and Muslim proselytizers traveled it on their missions.

The Highest point in the pass is known as Mountain Death (Cerro de la Muerte). The name has been given because of its extreme climatic conditions, even before the construction of this road people could not survive the chilling weather of San Isidro de General. The road’s height above the mean sea level is 13,000 feet.

The famous China’s towering elevation Sichuan Tibet Highway covers about 1,500 miles between Chengdu in the east and Lhasa (Tibet) in the west, offering the choice between the northern or southern route. Sichuan being observed and famous for the scenic beauty of China, high mountain peaks, some cultural heritages and for many famous rivers that cut their way right through the mountains.

The highest altitude between the routes is about 20,000 feet above the mean sea level.  Similar to all other mountain cut roads, The Tibet Freeway is also prone to landslides, falling rocks and tremendous weather conditions. That’s why Sichuan is also famous for the adventurous journeys.
[youtube]http://www.youtube.com/watch?v=HkftByFdIpA[/youtube]