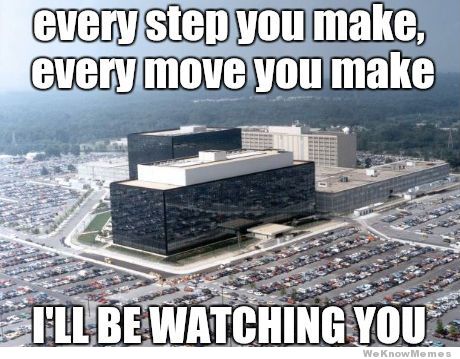 Whenever you have access to almost unlimited information, abuse of this power becomes a very tempting prospect. It seems that some National Security Agency officers have not been immune to that temptation. Recent reports coming out of Washington, D.C. indicate that officers have used their access to powerful spying equipment to stalk on their romantic partners.

NSA officials claim that it is not a common practice. However, a large enough number of agents have been discovered doing it that some people in the spying industry are calling the practice LOVEINT. The “INT” stands for “intelligence” and is often put at the end of other words describing a spying target. In fact, most incidences of intentional misconduct on the job at the NSA involve LOVEINT, according to government officials.

Obviously, this type of spying is unauthorized and is a clear violation of NSA policies. Employees who have been caught engaging in LOVEINT practices have been either officially reprimanded or terminated. Most LOVEINT incidents involve spying on a romantic partner overseas. However, some domestic cases of romantic spying have taken place.

Most LOVINT incidents have been self-reported during polygraph tests to renew a security clearance. In these cases, the polygraph has shown potential lying when the employee was asked if he or she had ever misused NSA intelligence gathering equipment. Employees have then confessed to engaging in LOVEINT when questioned further on the matter. Washington lawmakers such as Senator Dianne Feinstein (D-California) don’t seem too concerned about LOVEINT at the NSA because the number of reported cases has been so small and hasn’t violated any privacy laws. However, American citizens should be very concerned with this practice, which indicates how easy and tempting it is for an NSA agent to target innocents.

Given that the government had no idea former NSA agent Edward Snowden was collecting restricted data and fleeing the country with it stored on his laptop with the intention of releasing the data to the public, it seems likely that there are many more cases of LOVEINT that have gone on and are still going on at the NSA that have not been discovered. Let’s face it. It’s tempting to use powerful spying equipment to see what your boyfriend, girlfriend, or spouse is doing when you’re not with them. It’s also tempting to spy on people you’d like to date to try to get some clues as to what they’re really like and how to get on their good side.

Just because someone works at the NSA doesn’t mean they don’t have stalker tendencies. If a person is already prone to being a stalker, those tendencies could easily be brought out by having access to the most powerful spy gear in the world. Even those of us who trust our partners might be tempted to take a look with such powerful equipment at our disposal. That kind of curiosity is inherent in human nature. Most people never act on it simply because they don’t have the ability. Without the ability, it never occurs to them to spy on a romantic partner unless they have reason to be suspicious of them. However, someone with the ability to spy may be unable to resist doing so even if no reason for suspicion is present.

It’s easy to see why something like LOVEINT could happen at the NSA. Even spies are human beings. However, the fact that the tendency to spy on romantic partners is human nature is no excuse for engaging in it. Everyone is entitled to their personal privacy. NSA agents who engage in LOVEINT are violating this entitlement. It is a gross violation of the trust they have presumably established in their relationships. It is also a misuse of government equipment and taxpayer money, and another clear sign that government powers should be subject to strict oversight.

Feel bad about ditching board games? This digital-physical dice is for you

Getting Free SMS and MMS on iPhone 3G