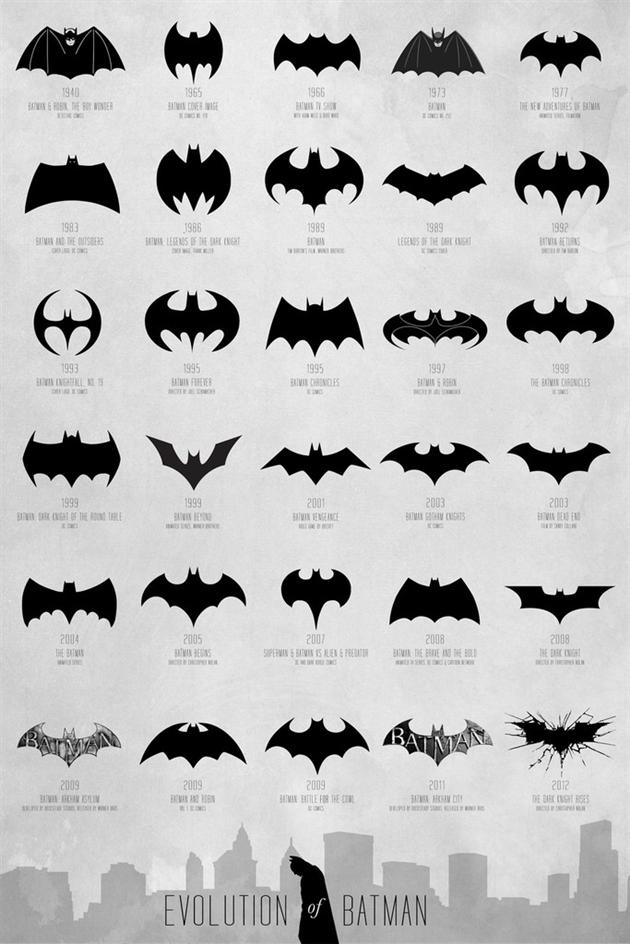 Batman — the super hero of Gotham city with “no real super powers” has been one of the most popular faces from DC Comics universe. Before Christopher Nolan’s Dark Knight trilogy, the Gotham’s hero was only known as Batman.

It’s quite interesting to see superheroes’ origin and their un-matchable super powers. Previously, we showed you another interesting article detailing how much will it cost to become an Iron Man. Now this time an artist Cathryn Lavery has showed us a poster that traces the evolution of Batman’s logo. History of Batman’s logo started all the way back in 1940 and carried its way to Christopher Nolan’s modern interpretation. Here is the image below showing the history of all Batman logo’s.

Tell us which is your favorite Batman logo.