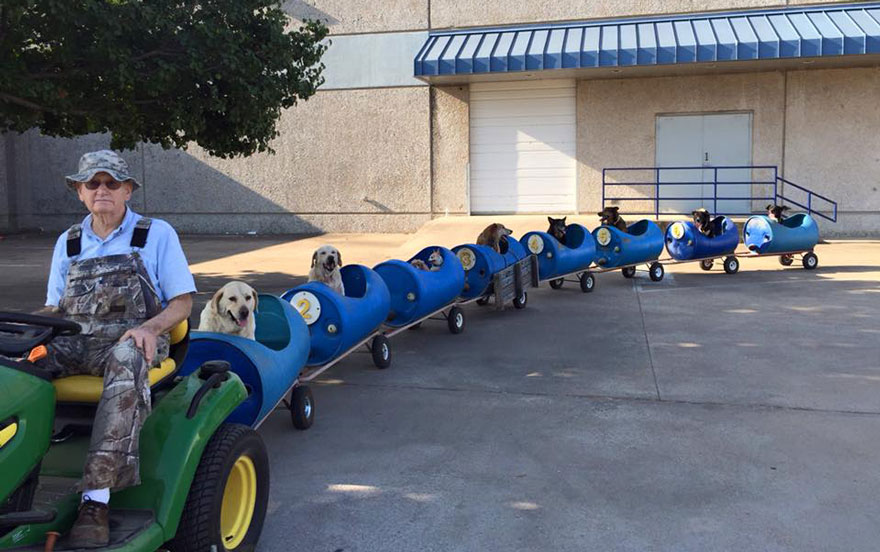 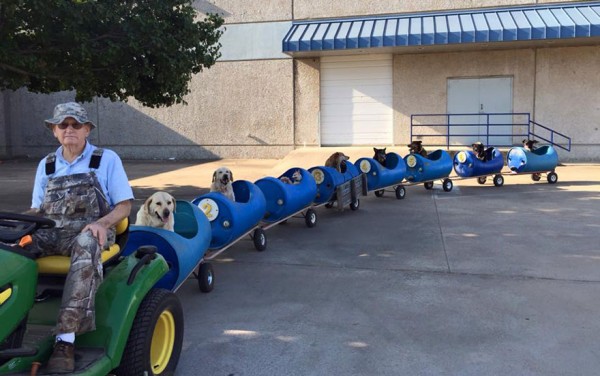 This just has to be the coolest train in the world. 80-year-old retiree in Forth Worth, Texas, Eugene Bostick spends his days bringing homeless dogs on adventures on his homemeade dog train. The dogs are taken around the neighbourhood and in the surrounding woods.

On a regular, many locals would bring their unwanted dogs to the dead-end street where Eugene and his brother named Corky lives to leave them behind. Instead of having them roam the street lonely, Eugene began adopting them and taking them for rides with his tractor. 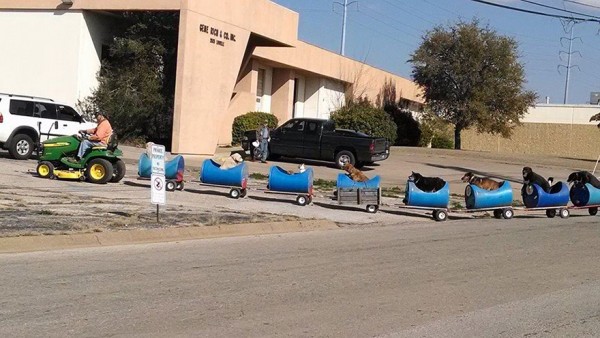 “We started feeding them, letting them in, taking them to the vet to get them spayed and neutered. We made a place for them to live,” Eugene told Dodo. “I seen this guy with a tractor who attached these carts to pull rocks. I thought, ‘Dang, that would do for a dog train.’ I’m a pretty good welder, so I took these plastic barrels with holes cut in them, and put wheels under them and tied them together.” 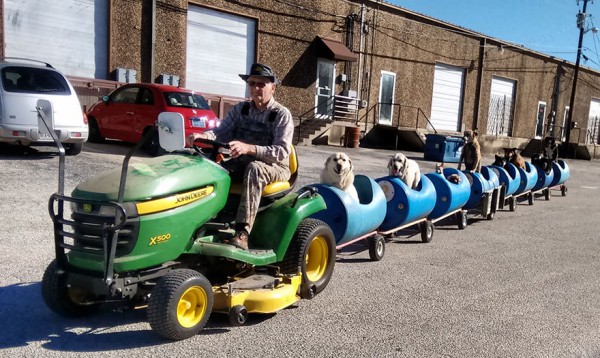 “Whenever they hear me hooking the tractor up to it, man, they get so excited,” Eugene continued.

Starting out with space for just 4-5 dogs to take on each ride, the retiree then expanded by adding more barrels to the train when more dogs began to show up for a ride on the train. Thanks to having some experience with welding, he was able to cut holes in plastic barrel and attach wheels to them all by himself. Now, Eugene takes his rescued dogs on a train ride twice a week.

A 5-Minute Video Looking Back at 2013 in a Very Different Way [Warning: Graphic Content]