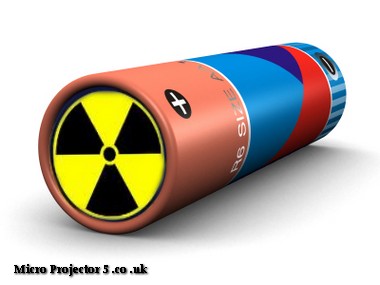 Nuclear power has long provided steady energy sources for everything from homes to deep space probes. Now researchers have begun developing a tiny nuclear battery the size of a penny that could provide power in a smaller, lighter, and more efficient package. 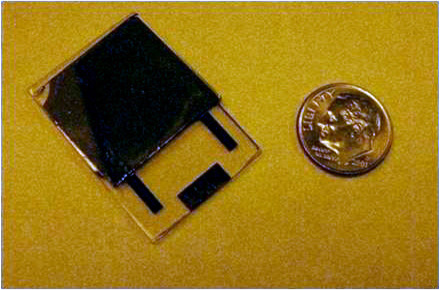 Most people probably think of nuclear power that involves fission and the splitting of atoms. But nuclear power can also come from the natural radioactive decay of isotopes such as plutonium-238 — a much gentler process that has powered nuclear generators aboard spacecraft such as NASA’s Cassini probe.

Nuclear batteries have also powered more familiar devices on Earth, such as pacemakers. The higher cost of the batteries represents the tradeoff for a long-lasting power source that provides more energy for its size than chemical batteries.

“The radioisotope battery can provide power density that is six orders of magnitude higher than chemical batteries,” said Jae Kwon, an electrical and computer engineer at the University of Missouri.

Kwon and colleagues want to miniaturize such batteries to power micro-devices and nanotech systems. The batteries won’t pose any fission-related threats, but engineers do face a challenge in preventing the radioactive decay from damaging sensitive parts of the batteries.
“The critical part of using a radioactive battery is that when you harvest the energy, part of the radiation energy can damage the lattice structure of the solid semiconductor,” Kwon noted.
The researchers hope to get around that problem by using a liquid semiconductor rather than a solid semiconductor. Eventually they also want to boost battery power, shrink its size, and eventually end up with a battery thinner than a human hair.