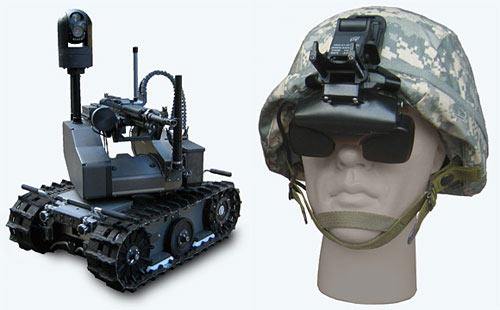 A set of ethical guidelines are in the works for robots serving in the United States Military. Computer science professor Ronald Arkin, of Georgia Tech, and author of “Governing Lethal Behavior in Autonomous Robots” is developing the “ethical governor” to be implemented in robots that fight in warzones.

Military robots show no fear in the face of enemy fire, and squeeze the trigger with no remorse. But their effectiveness does not end there. These lethal robots will be built with a deeper understanding of how best to kill their opponents. The example given is a sniper perched near an important cultural building. A human soldier, in the frenzy of a firefight, would choose the safest method of killing the enemy, without consideration for the preservation of the surrounding architecture.

A robot, however, has no understanding of fear, and could choose to kill the enemy with a single bullet shot from its rifle.

While the thought of robots combating war may feel futuristic to some, the reality is that robots are already on the battlefield, and military robots will play an integral part in how war is conducted in the future.