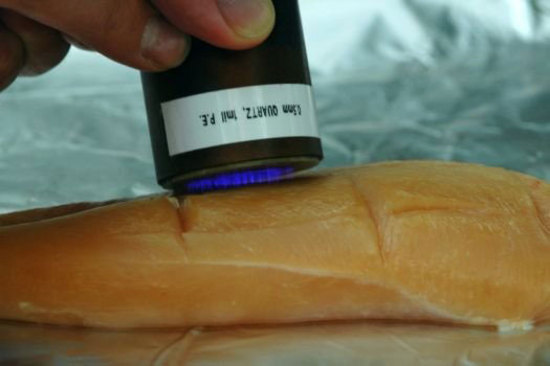 Only heard plasma in case of killing some bad guys or aliens in games with plasma guns? but coming to reality we seldom find any such weapon (atleast not in present days) however a plasma torch has been developed which actually does the same work of killing but instead destructive use it kills bacteria in your raw chicken.

The torch is just passed over the chicken which is continuously hitting plasma rays on the raw chicken killing all the bacteria. Your food doesn’t get thermally cooked from it, the rays are just meant to kill the bacteria. These rays do not produce any sort of damage to food.

Since the plasma technology is very expensive and it is totally not affordable right now, so we can not nourish ourselves with bacteria free food. But surely in the coming future when it will be all about plasma technology, we will be having such plasma rays emitters in our hand for purifying the food we eat. The much clean the food is, the much healthier we are.

Have Fun With Interactive Back Seat Windows

This Rocking Vest Could Protect Your Dog From Menacing Coyotes