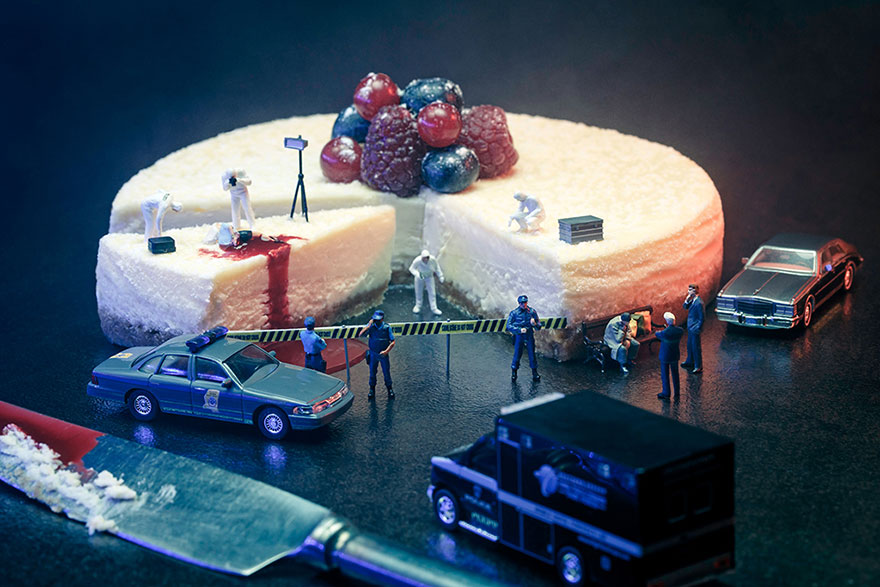 In his latest series called Hollyfood and Boyzs in the food, photographer named Nicolas Kneeper combines famous movies and television shows with pastry. By taking well known film scenes and altering their setting, food is creatively incorporated by the artist to make cool compositions. 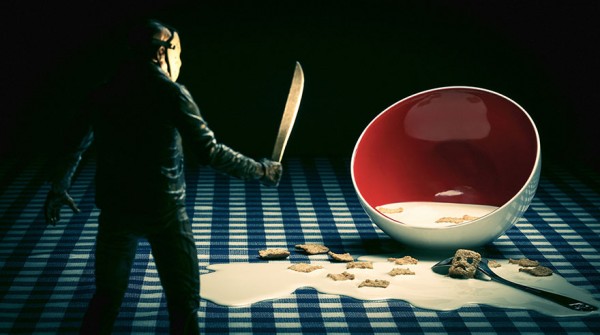 After his wife had won the TV show “Masterchef” 3 years ago, she decided to open a cake shop which changed her life and she had asked him to take some pictures of her creations. Taking pictures of her creations all started out with regular photos however that changed when he became more and more interested in the way these desserts were made. He also began to link each pastry or dessert to a movie and that led him to the final idea where he would make up stories around them for their photographs. As a big fan of movies such as Kill Bill, Star Wars and Jaws, and having a very humoristic personality, he had lots of ideas.

“Baking is always associated with sweetness, beauty and happiness, so I really wanted to “break the rules” and make some setups with blood, serial killers and other monsters – I liked the paradox,” he said. “Many people ask me if I’m doing everything with Photoshop. It’s not the case – all the desserts are real and I spend a lot of time to find figures, repaint or tune some of them to make them look even more real. I’m also working on designing “special effects” with smoke or light. As I’m working with artisan food, I think it’s also nice to work in a kind of artisan way, like the old movies without thousands of computer-generated images.”

What was only a passion has now became something compulsive for Kneeper. Now everytime he watches a movie, TV show or read a book, he thinks of his next pastry/dessert piece.

10 Awesome & Easy DIY Halloween Costumes To Make For Your Pet

The 10 Most Lethal Civil Wars Ever Fought