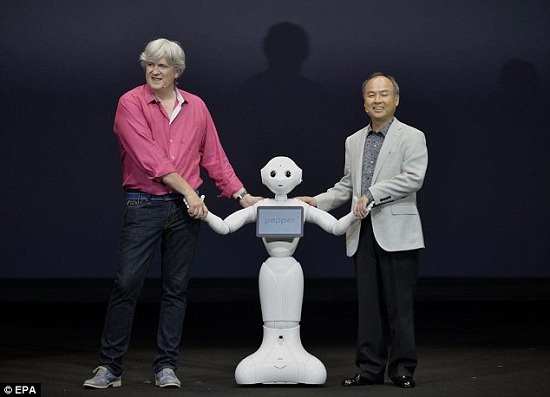 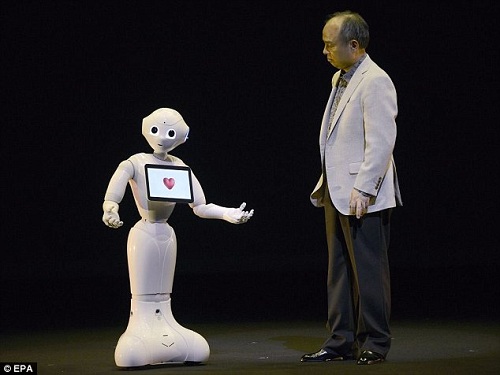 In Japan, a Tokyo-based company has introduced a cute and friendly robot that can assess humans emotions. The telecommunications company Softbank, which is partnered with Aldebaran Robotics, calls the robot Pepper and announced that it went on sale in Japan in February with a price tag of 198,000 yen.

The machine has no legs, but has hands which are able to gesticulate, and it is able to dance and tell jokes. On stage in Tokyo, the machine appeared cooing and humming, and touched hands with the Chief Executive of Softbank – Masayoshi Son, with which the firm describes as a Genesis or ‘E.T.’ moment. At the demonstration Pepper also sang ‘I want to be loved’.

Son stated, “Our aim is to develop affectionate robots that can make people smile.” 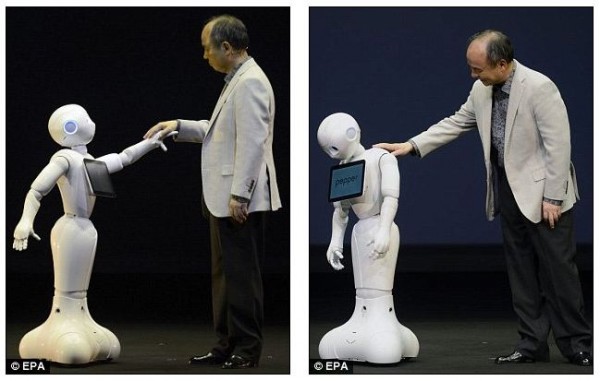 Having robotic companions is a popular trend in Japan, but no firm has been able to successfully design and permanently place them on the market as yet. Car company Honda, for example, had developed an Asimo robot that was able to walk and talk, but it was withdrawn from the market because of being too expensive and advanced for home use.

The Pepper robot was measured to be 48inches in height and weighs 62lbs and is white, with no hair, two large doll-like eyes and a flat tablet-like panel on its chest. It also features voice recognition; sensors such as touch sensors in its hands and on its head, bumper sensors on it base and laser sensors; cameras and microphones on its head; and has Wi-Fi and ethernet working capabilities.

“I’ve believed that the most important role of robots will be as kind and emotional companions to enhance our daily lives, to bring happiness, constantly surprise us and make people grow,” said Bruno Maisonnier, founder and chief executive of Aldebaran, whom also appeared on the stage with Son.

Over 5,000 of the first robot made by Aldebaran called the Nao Humanoid was produced for usage only for educational and research purposes.

6-Old-Boy Sings The Sweetest Lullaby To His Newborn Brother