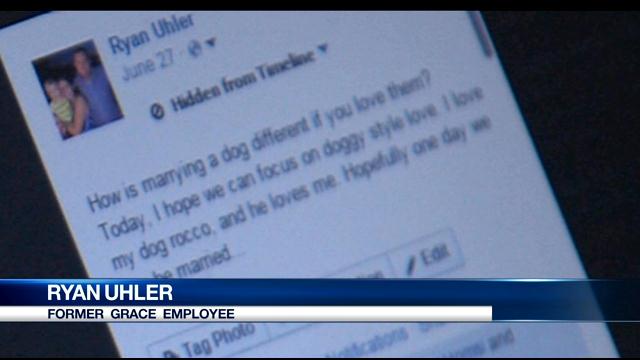 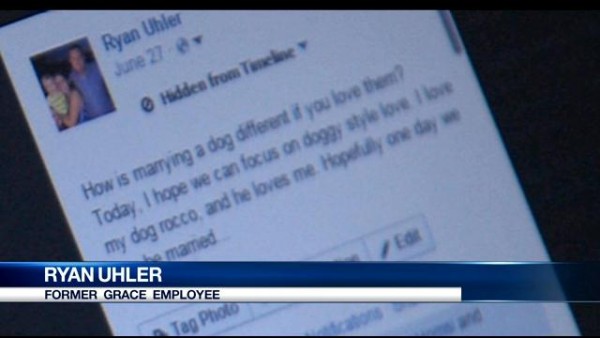 What was meant to be just for fun turned out to be the complete opposite for this man named Ryan Uhler who took to Facebook to compare marrying his dog to same sex-marriage. According to TheBlaze.com, 32-year-old Uhler, a resident of Cape Coral, Florida, posted the following message the day after the Supreme Court’s June 26 ruling that gay marriage is legal everywhere.

“How is marrying a dog different if you love them? Today I hope we can focus on doggy-style love. I love my dog Rocco, and he loves me. Hopefully one day we can be married.”

The following Tuesday, he was fired from his position as digital marketing specialist of the Grace Investment Group by his employer.

“I was blindsided,” he explained to The Huffington Post. “I didn’t think anyone there knew how to use Facebook.” 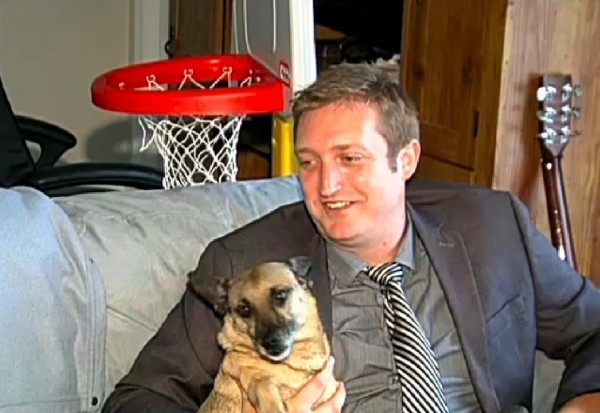 Justifying the meaning behind his post, Uher said that he didn’t mean anything derogatory by the post, and has no problem with the Supreme Court’s decision. He however admits being aware that likening same-sex marriage to an animal wedding is a cliche often used by critics of the Lesbian, Gay, Bisexual, and Transgender rights.

“I’m very neutral about politics. Sometimes, I will try and get a reaction to spark comments and responses.” Uhler added. “I really didn’t want to offend. I have gay people I know and love and I wouldn’t want to offend them, but they know my sense of humor.” 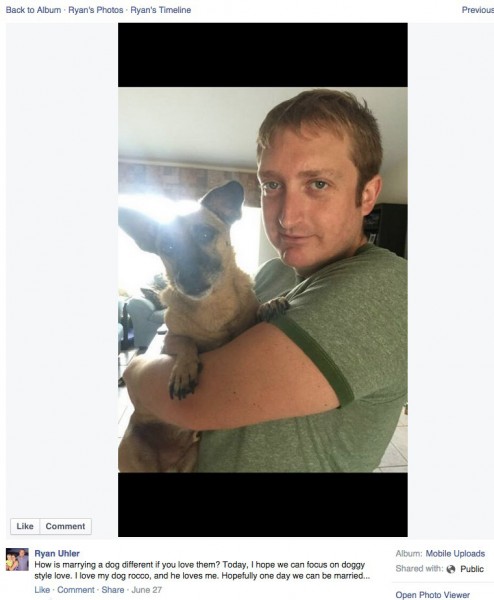 When he asked company officials to notify him of the reason for his dismiss, he was told that his Facebook post made them uncomfortable with the connotations of bestiality.

The firm hasn’t officially confirmed whether the post was why Uhler was dismissed, and according to WTSP.com, they have a right to not have to explain as “Florida is an “at will” state”.

While he would love to have a job, Uhler says that he came forward to share his story so that no one else makes the same mistake to make such posts.

Need An Affectionate Friend? This Awesome Humanoid Robot Is Perfect For You!

How to avoid iPhone App Updates?

Meet the Adorable Dog Who Runs a Store Window in Japan