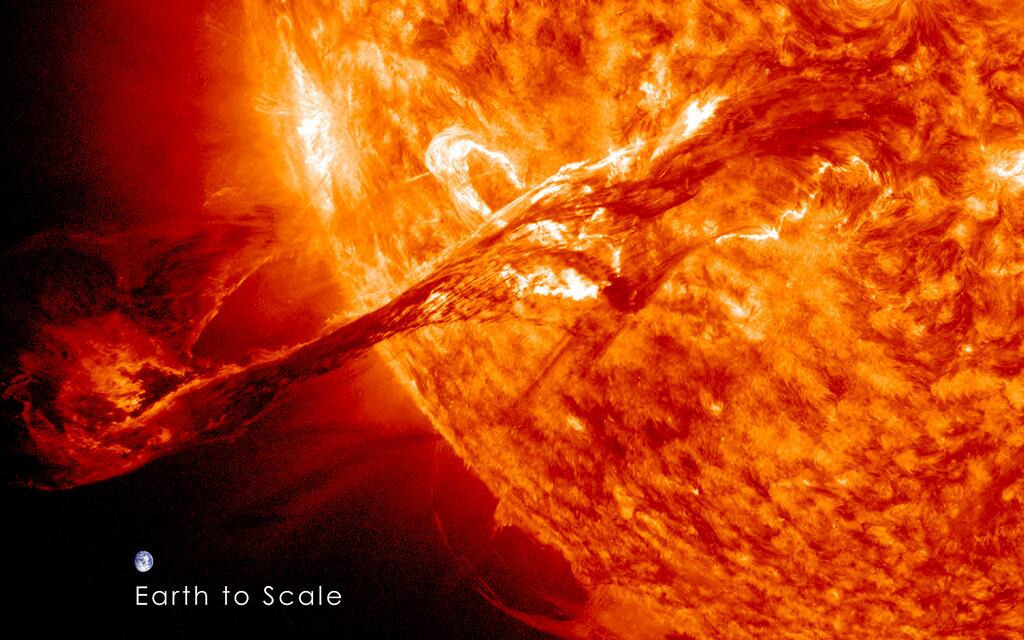 It seems that NASA is a fan of Cosmos – A Space-Time Odyssey that aims to show viewers objects that they may never see without the help of a microscope or a telescope.

‘Deeper, Deeper, Deeper Still’ was created to show everybody things that are in the droplets of water and those that make up a star’s center. It even explains how some small particles are holding key of understanding the expansion of the universe that became so large from only one small particle.

The Cosmos show is another version for the initial show from the 1980’s, led by Carl Sagan and it was designed to teach everybody the mysteries of the universe. For now, the host is Neil deGrasse Tyson, who is the leading astrophysicist of Hayden Planetarium from New York. He was also a student of Sagan.

For this show, NASA has shared some photos for almost all episodes that have stated this year’s March.

One of the photos shows the smallness of the Earth, compared to the dimension of the Sun, while there is a flare burst. An explosion of color and those 2 images set one near another make us feel relatively small and insignificant.

Another one shows an ‘extremophile’ that can live under lots of layers or ice or where the lava flows.

The next one shows a supernova.

And finally, the moment when plants photosynthesize that we will never be able to see with a naked eye.